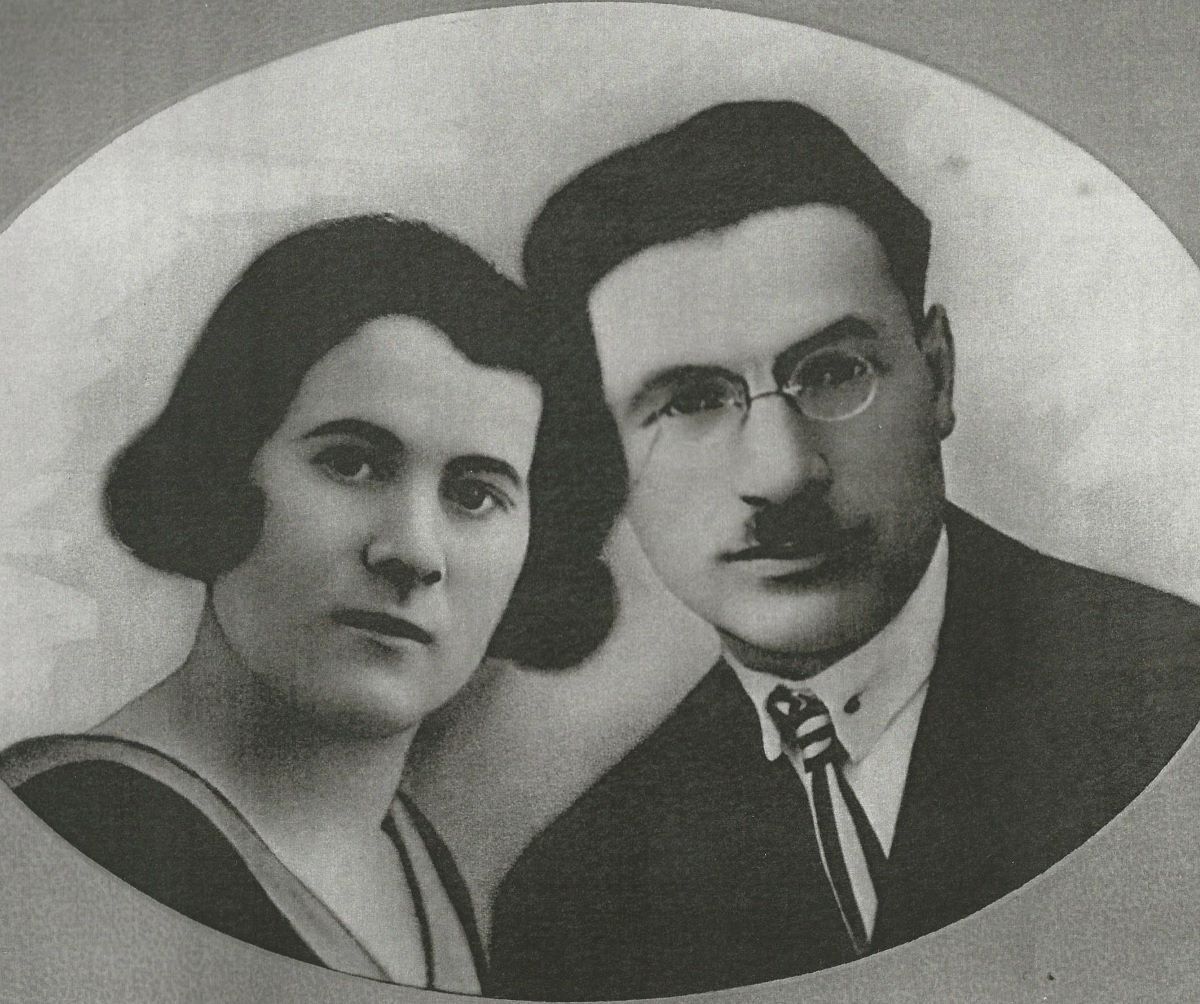 Portrait of Moshe Shapiro and his wife Chasa Cipe. Courtesy of Sue Benatar.

Searching for a Better Life

In 1937 the Moshe the cobbler bid farewell to his wife and three children and left to look for a better salary in South Africa. People said diamonds grew there. The family would have come with him, but they didn't have enough money for that. As was customary at the time, they agreed the husband would go first. When he got settled he would bring the rest of the family in Lithuania there.

Moshe found work in South Africa, but life didn't change drastically: he lived humbly, without frills. He took care of his family back in Lithuania, sending them money. He worked hard, and earned some money, but not much, he couldn't afford to buy fruit for himself, and the money he sent back to his family was never enough. The photographs of his wife he received worried him, she didn't look well.

He was finally able to bring his family there in 1939. As it turned out, diamonds after all didn't grow in South Africa like mushrooms after a rain shower.