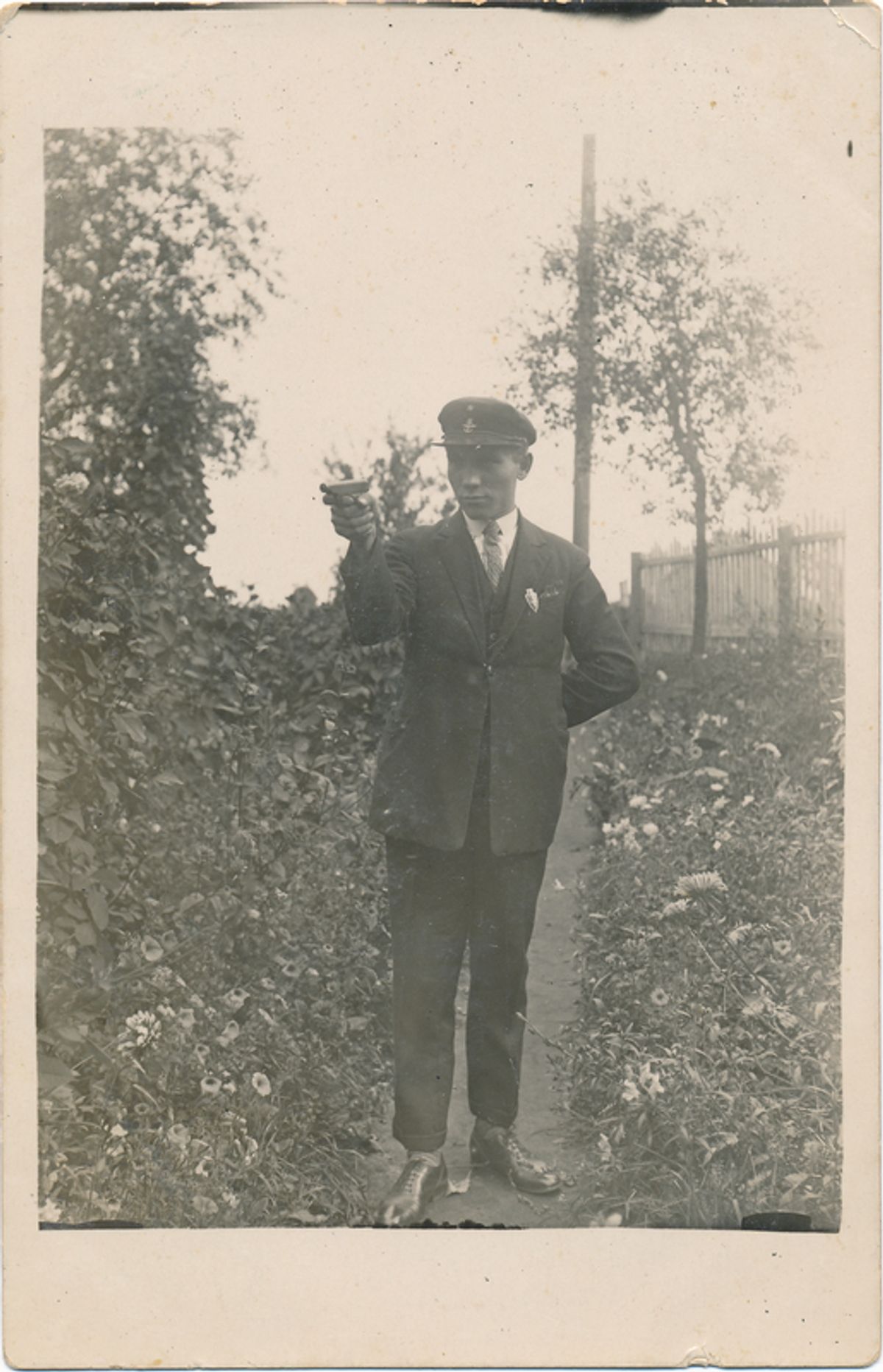 A postman with a gun. Prienai, 1927. Courtesy of Kaunas city museum.

In 1922 the entire Šeduva region was shocked by a mass murder on the Butkus farm. Thieves dressed as police shot The Butkus brothers and their sister. One of the brothers had just come back from the United States and the robbers got wind of it. They thought they'd find a pile of money at the Butkus home.

Does it remind you of the Wild West? It's painful to say, but yes. There was no law and order in Lithuania in the first years of independence. Bandits and thieves ran wild. It was not unusual at all for doctors, priests, mail carriers, and other people who traveled often to arm themselves. The treasurer of Šeduva took a pistol along on trips to protect himself and the property he was transporting. So did the Šeduva doctor when he went to visit patients at home.