What is a Shtetl?

Shtetl of Kretinge. 1914. Courtesy of The Lost Shtetl Museum.

Shtetl means “small town” in Yiddish. Jews lived in shtetls together with Christians: Catholics, Protestants, and Orthodox believers. Jews usually formed the majority in a shtetl. They lived in the same town, but kept to themselves, often living on separate streets.

In addition to Yiddish, people in shtetls also spoke Lithuanian, Polish, Russian, Latvian, Belarusian, German, and other languages from the region. Much depended on where the shtetl was located and what the Jewish residents called it in their native Yiddish. In Lithuanian, a small town is called a miestelis, in Polish miasteczko, and in Russian – mestechko.

How and when did the shtetls appear? Early on, in the 16th century, shtetls began developing in the united Polish-Lithuanian state, also known as the Polish-Lithuanian Commonwealth. Most shtetls appeared later, however, after wars with Sweden in the 17th century. After considerable devastation from war and disease, the country needed to be rebuilt, so some of the country's nobles invited Jews to settle on their lands. The first shtetls were private, small towns owned by noble families.

Why were Jews invited to settle? Jews weren't able to become serious rivals in the country under Christian rule. In other words, Jews didn't pose any political threat – as a result of which they were also sometimes taken advantage of. In addition, Jews knew how to read, write, and count in a country where most inhabitants were still illiterate. Thus, Jews were able to work as agents or stewards on manor estates or engage in crafts and trade, in which they excelled, in the shtetls. It was also important that Jews had established commercial relationships throughout Europe and often beyond.

Why did Jews move to the Polish-Lithuanian Commonwealth? First, the rulers of the Polish-Lithuanian state offered Jews protection from the persecution and violence they had experienced in Western Europe because of their faith. The rulers allowed them to practice their faith openly and protected them from the church. Generally speaking, the country’s rulers weren’t concerned about other religions: Tatar Muslims had lived in the country since the time of Vytautas the Great. 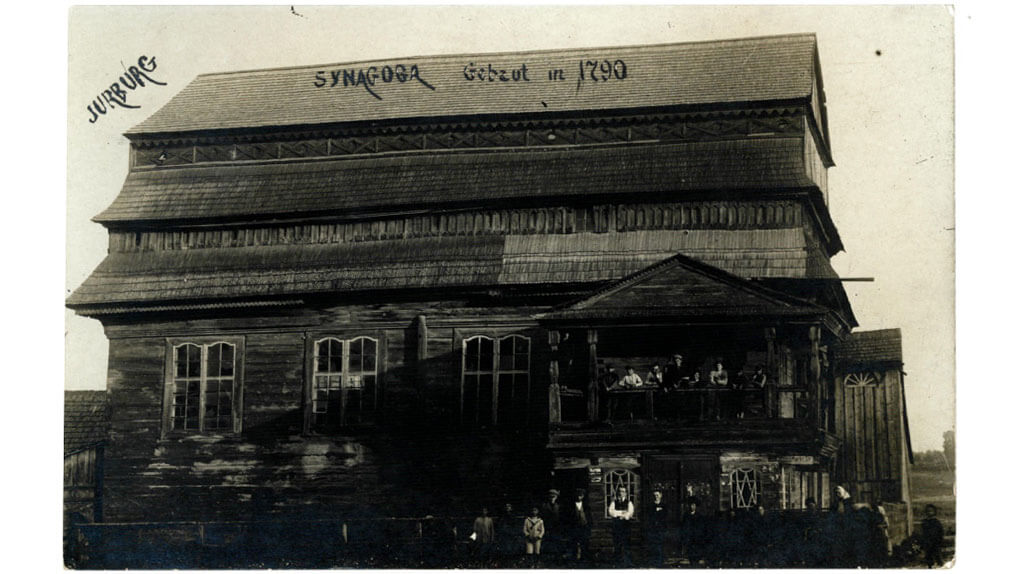 Shtetl of Yurburg. 1915. Courtesy of The Lost Shtetl Museum.

Second, the leaders of the country granted trade privileges to Jews so that newcomers could earn a living. Thus, it's not surprising that, by the end of the 18th century, more than half of the total Jewish population of the region lived in shtetls. This was how Jews established and grew new small towns in a country of villages largely inhabited by farmers.

The heart of a shtetl was its marketplace, the center of shtetl life. The market was surrounded by a large number of kromels, or small shops. Markets were held once a week and brought together Jews, Lithuanians, Roma and other residents of the shtetl and surrounding areas. In more affluent shtetls full of tireless organizers and civic-minded people, marketplaces were paved in stone. In towns without paved markets, both merchants and customers (and any curious onlookers) had to wade through the mud.

Annual fairs held at the marketplace attracted crowds of people from around the country. The fair promised such rare things as never before seen products and entertainment including the circus, games, and new and exotic melodies and tricks. During such fairs, many people visited Jewish-run inns where local residents and visitors ate and drank, discussed deals, shared news and gossip, gambled, held wedding celebrations, and sorted out their differences, either in a civilized way or with their fists. 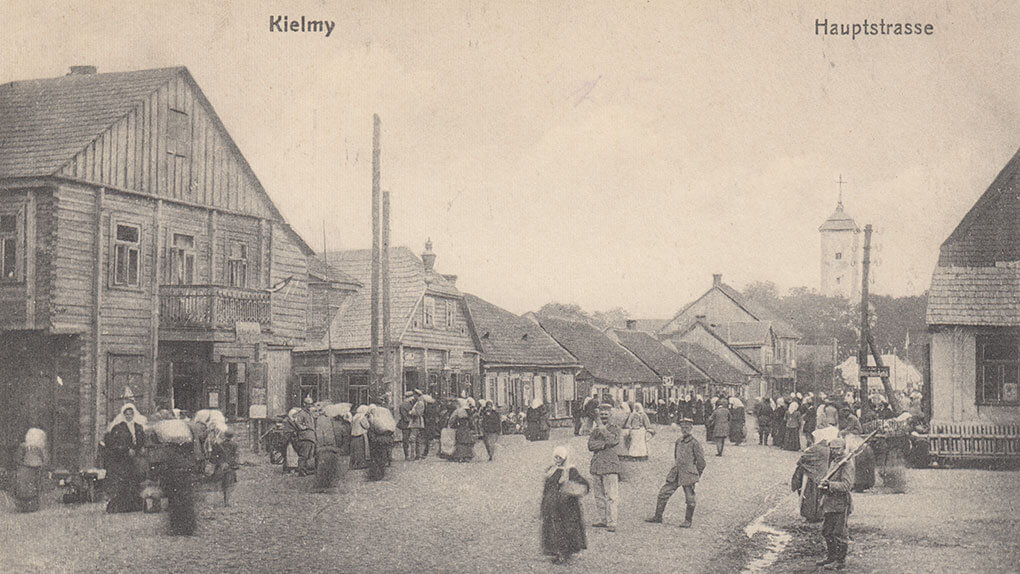 Shtetl of Kelm. Courtesy of The Lost Shtetl Museum.

Near the marketplace there would be a synagogue and a church (Catholic, Protestant or Orthodox), very often standing directly across from one another or located nearby. After the long work week, Jews scurried to the synagogue on the Sabbath, while Christians went to church to pray the following day - Sunday. The houses of prayer were made of wood or brick, depending again on the size of the wallets of town residents and the generosity of donors.

Generation after generation lived out their lives in the shtetls. People knew each other from birth to death. When there was trouble, someone was there to help. There were Jewish welfare associations active in the shtetls, providing money or materials after fires, arranging for the burial of those whose relatives were unable afford a ceremony, and raising money to help the chronically ill or help collect dowries for impoverished brides.

Shtetls also had Jewish ritual baths, butcher shops, and Jewish schools. Such institutions served the needs of the Jewish residents, improved their health and hygiene, supported local religious and community needs, and instilled better discipline. Jews buried their departed in a Jewish cemetery while Christians brought their dead to a Christian cemetery. And, as the circle of life turned, newborns would be welcomed into the world with unique ceremonies and customs.