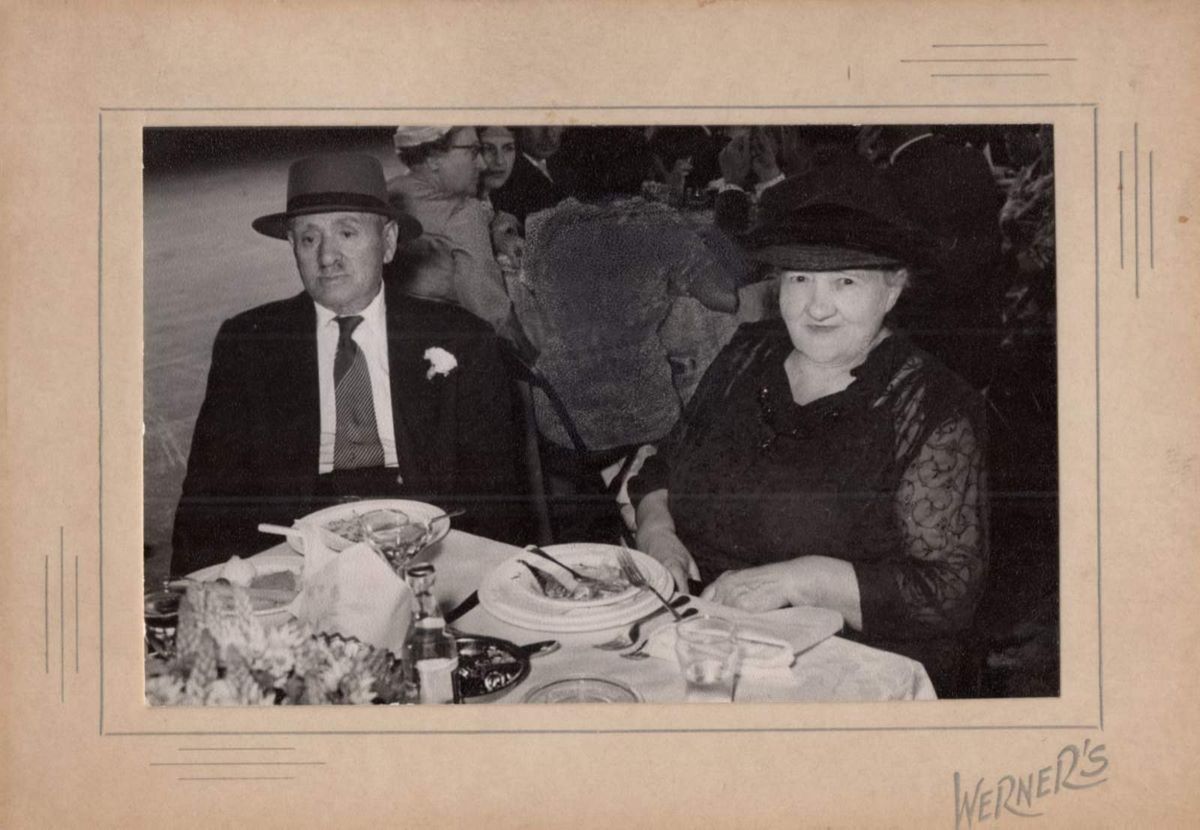 Mendel Berkow with his wife Bessie. Courtesy of Colin Berkow.

Thousands of Lithuanian Jews went to South Africa in the late 19th and early 20th century. One such was Mendel Berkow.

Not a large but a strong man, he was known for his frank nature and expressed his opinions publicly, without niceties. Nor was he enchanted by the spells of the modernizing world. From 1902 when he settled in South Africa till the end of his life in 1976 he drove a horse-drawn cart. As he had accustomed to do in Šeduva.

Mendel's grandson Colin told us stories about him. He almost always smiled recalling his grandfather. Colin thinks his grandfather brought many strange customs from Lithuania. For example, when he drank tea he would place the sugar cube in his mouth. He never did learn to speak English and communicated with everyone in his native Yiddish.

Mendel left his parents behind in Šeduva, but he did bring along treasure which he always guarded and finally passed on to his children born in South Africa: religious books. Mendel studied them regularly and recited prayers from them every day. He most likely learned the prayers by heart because in his old age, when his sight was very poor, he was still able to "read" them clearly.

The treasured books Mendel took with him will return to Šeduva after many years. They will be on exhibit in the Lost Shtetl Museum.

The Difficult Lot of A Woman
More Stories