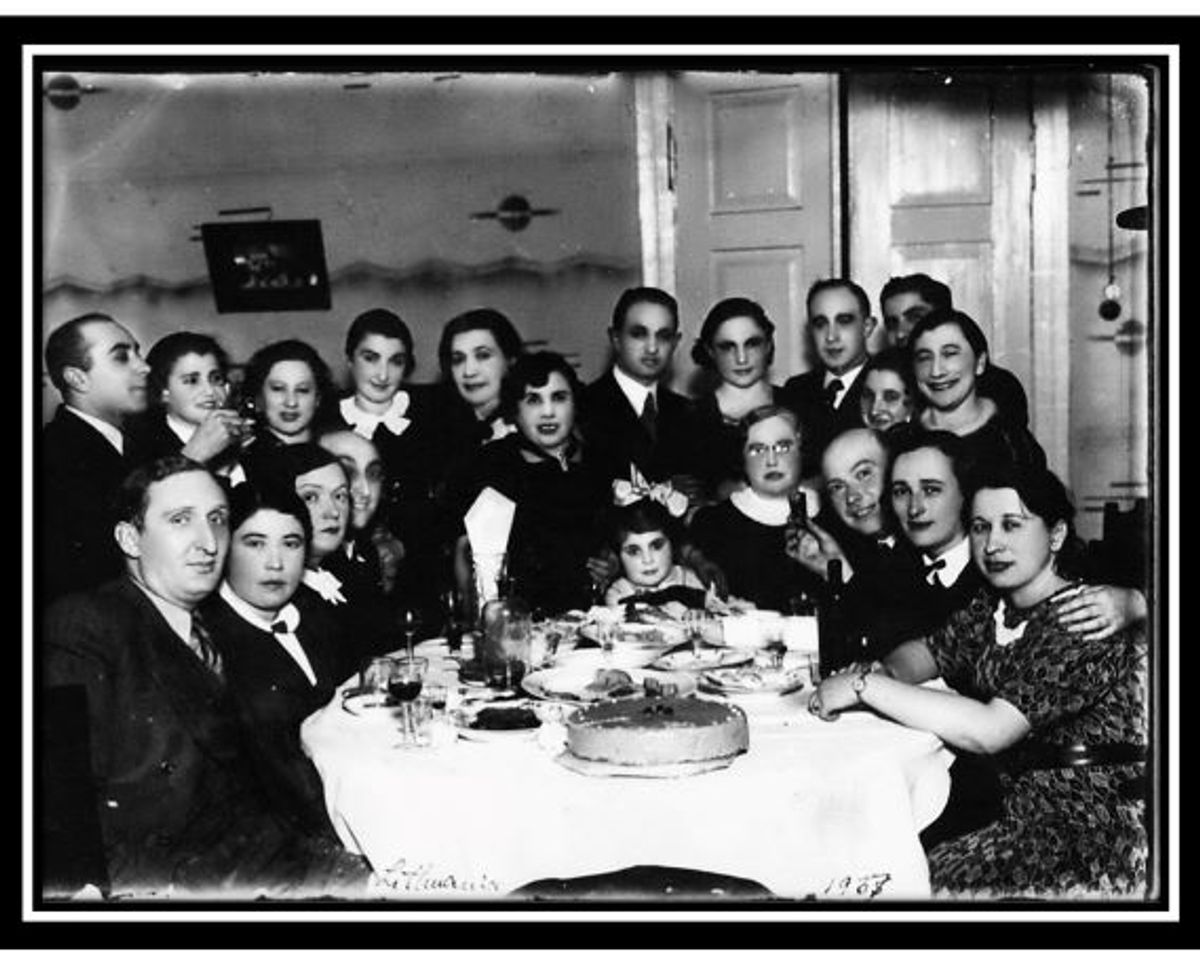 The Hospitable House of Mrs. Bordon

A great many shtetl residents likely visited pharmacist Goda Bardon. Some with serious intention to get well, others to visit or celebrate the holidays together. Goda owned the New Šeduva Pharmacy housed in the same building where she lived. It was also easy to drop by because her pharmacy was located in the town center where the hustle and bustle never stopped.

You don't believe it? Take a look at this luxurious party. The eligible bachelor of a doctor, the principals of the Jewish school in Šeduva, an attorney, highly-qualified pharmacists, acquaintances seeking human warmth or favors (jobs for their children at her pharmacy) -- everyone is celebrating Goda's daughter Yvette's birthday. Goda came to Šeduva to start her pharmacy business and quickly became part of the crème de la crème of local society.

She wasn't in Šeduva long, though. A few years later, she left for the United States to reunite with her husband who was already living there. Her ties with the town were not severed, however. Her pharmacy continued to operate in Šeduva.

Today her pharmacy business would be celebrating its 88th year.