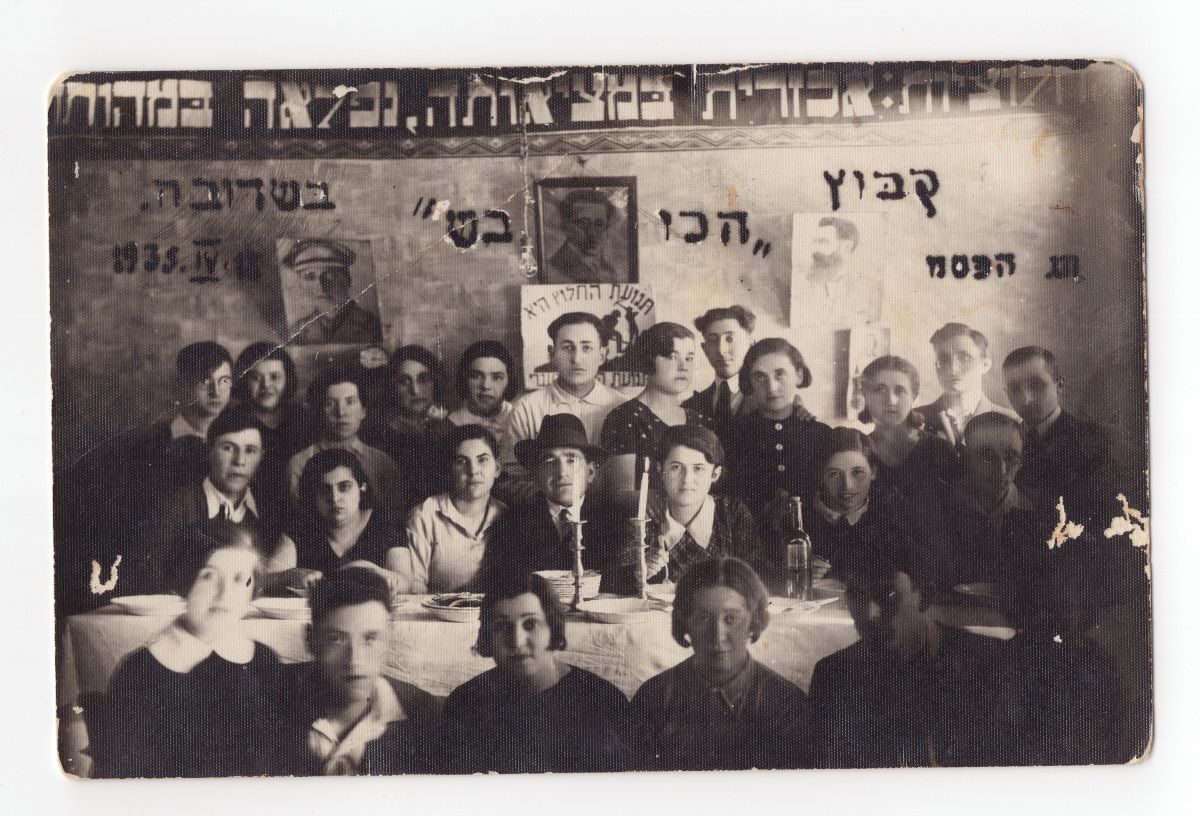 In the interwar period, many young Jews from across Lithuania flocked to learn agriculture. Here as elsewhere they set up a kibbutz – a collective farm. This was supposed to help them in their future lives in the Promised Land, Palestine. There were a number of kibbutzim in interwar Lithuania. In Šeduva, the kibbutz consisted of 26 young men and women living together.

Among the kibbutzniks was Ester Orlin from Dusetos, Lithuania. She arrived in town against the wishes of her parents, who probably wondered what kind of life their daughter would have among unfamiliar young men.

There was little room for romance and youthful folly, however. Kibbutzniks had to work according to strict rules, share everything, and work very hard. Every day, Ester had to wash and fold the linen, take care of children, help gymnasium students prepare for exams, teach Hebrew to other members of the group, take care of communal finances, and also organize cultural events. Ester had a lot of duties. In her memoirs, she wrote that she lost 18 kilograms while living in the Šeduva shtetl.

The knowledge acquired in Šeduva accompanied her to Palestine. Ester needed four years of patient preparation for that to happen.