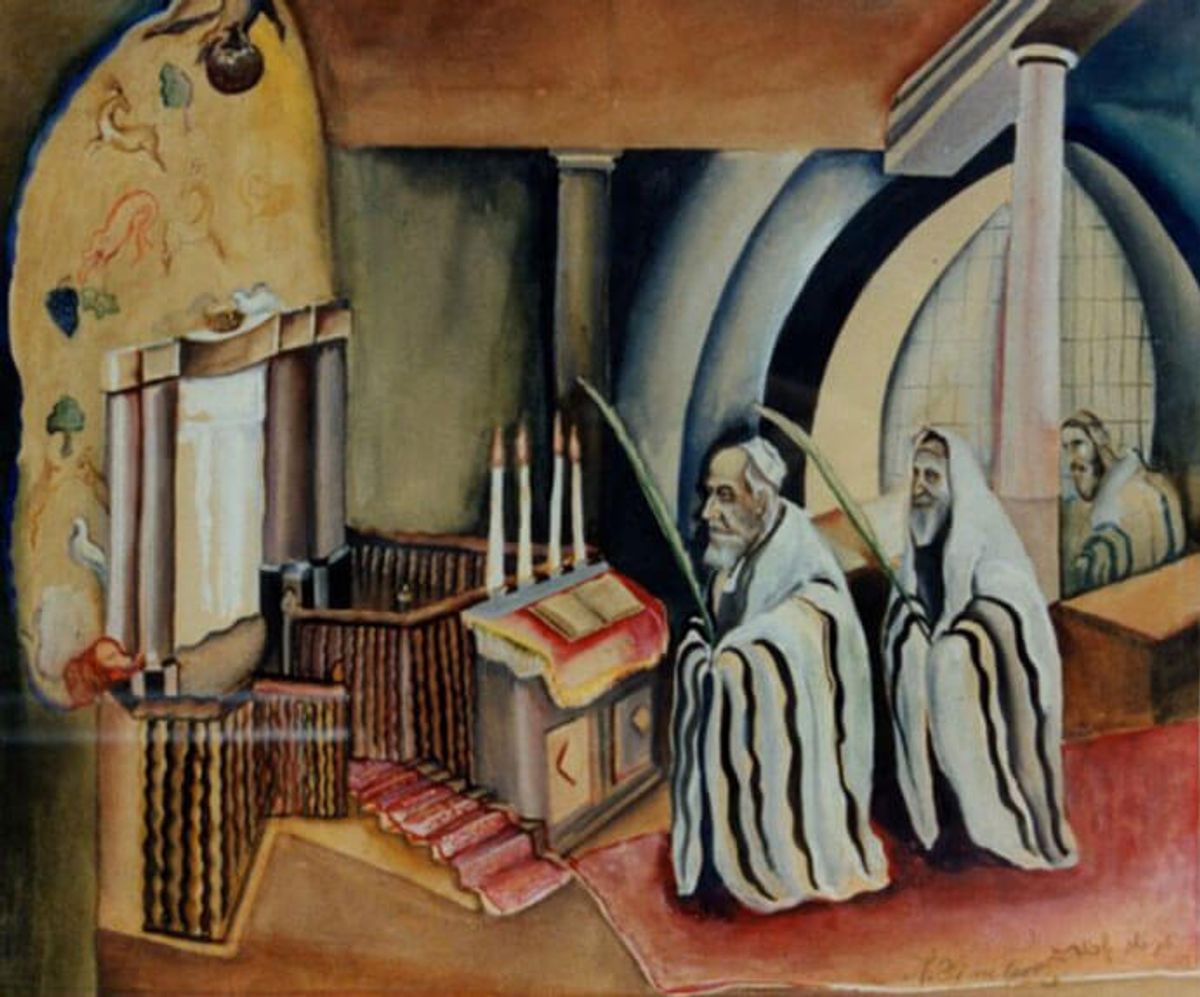 It was a fabulous day! We saw Kopel Simelovich’s watercolors for the first time. He was a Šeduvian. Deported to Russia, he ended up in Vitebsk. There, he studied under Chagall’s teacher Yehuda Pen. After the First World War, he went back to Šeduva, taught children to draw, sometimes to do gymnastics. Then, off to Palestine where he was a photographer. After that, to Ghent, Belgium. He painted, held his first exhibition, had a life. Then, a catastrophe: Auschwitz. He kept painting while waiting for his deportation.

Today we look at his watercolors and remember. We remember how we found his watercolors, noticed similarities between his style and that of Chagall. We think about his teacher’s influence. We think about why he didn’t start a family. Was it because he moved around so much or because he wasn’t given more time? We remember how we—and the world—lost him.