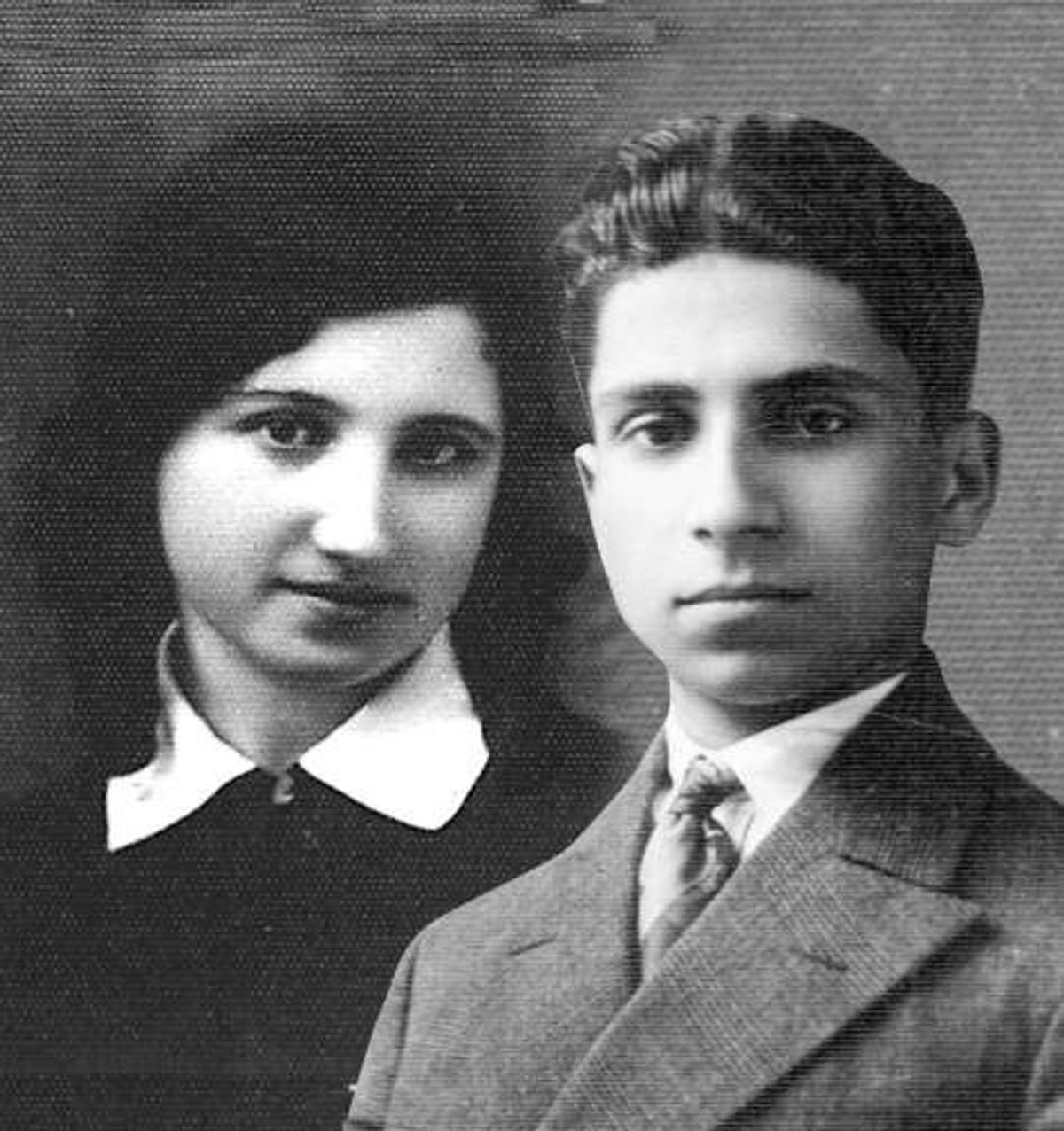 One evening 15-year-old Hinda Zarkey sat down, overheated from dancing. She’d been dancing for some time at home, in fact, in the same building where the Naujoji Vaistinė pharmacy was located. She’d been having a party with friends because she planned to leave soon for America.

It wasn't fun or easy, however, to say farewell to her fellow residents of Šeduva. As Hinda sat on the bench, she thought about Nokhum Berman, the pharmacist. During the party, he’d found numerous occasions to embrace her. Hinda wrote this all down in her diary. She reasoned: Maybe it's nothing serious. Boys are boys, it's common for them to lose their heads over a brief romance.

But Hinda was wrong. She met Berman several more times before her journey and became convinced his feelings were serious and deep. On one of their final evenings together he broke down in tears. He asked how he would live without her. He worked up the courage to kiss her, for the first and last time. It's all there in a diary that returned to Šeduva many years later, to the Lost Shtetl Museum, thanks to Hinda's daughter Marlene Englander.

The young woman didn't have the choice to remain in her beloved shtetl. After she went to America, though, she didn't lose touch with Berman. They corresponded. But no matter how many letters they wrote back and forth over the years, they were a poor substitute for actually being together. It seems emigration disrupted many romantic friendships.