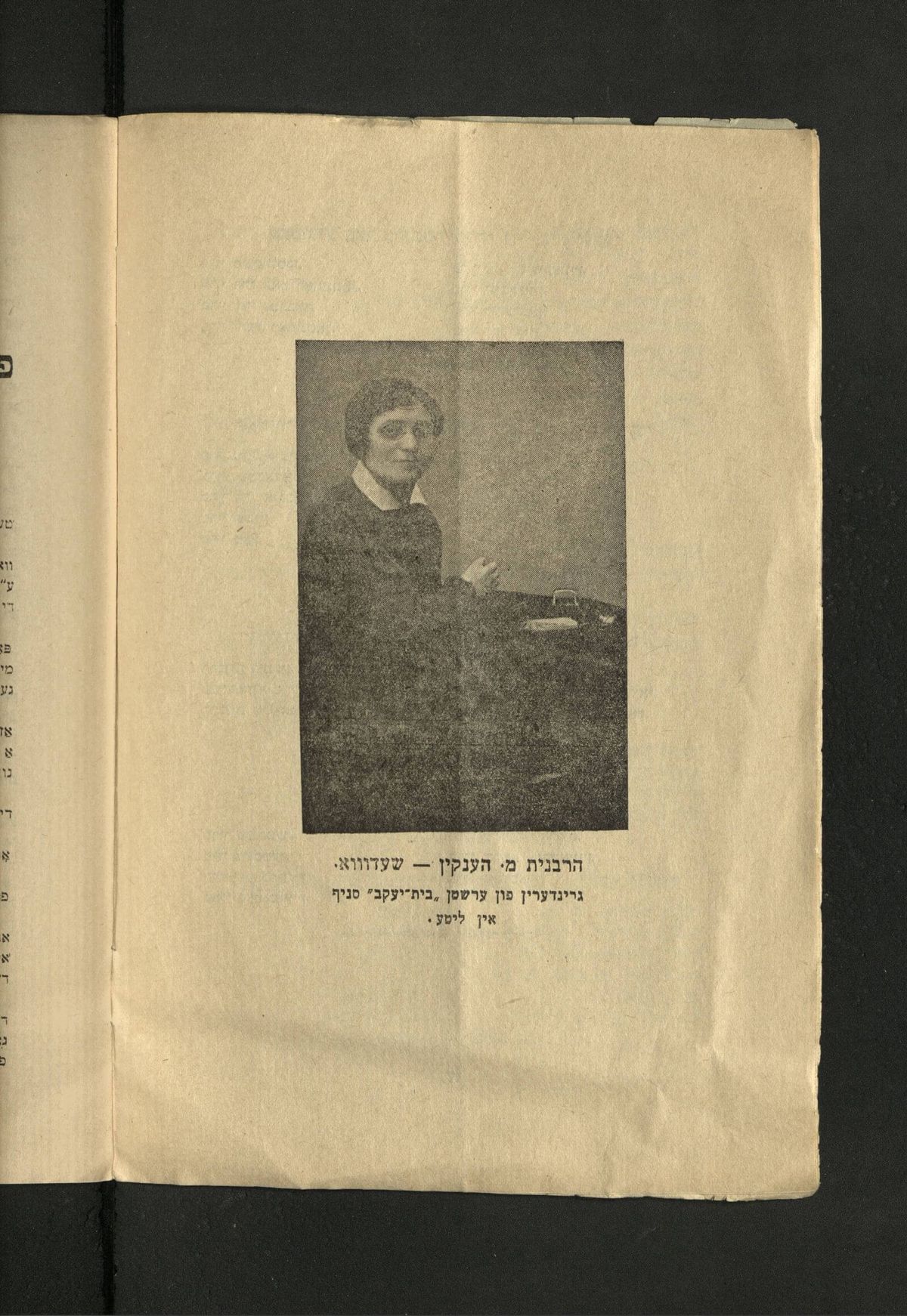 Mina Henkin, Leader of “Bais Yaakov” in Šeduva. Courtesy of The National Library of Lithuania.

CHANGE IN THE NAME OF TRADITION

"Every present moment is the beginning of the future," wrote Mina Henkin, wife of the rabbi of Šeduva, teacher of religion, and mother of four. And since that present moment without religion was offensive to her, 40 years old in 1931, she began bringing women together for a common cause, founding the women's association for Torah study and Jewish history and doing charity work in Šeduva.

She quickly realized this wasn't enough and took her work on the road. Jews across Lithuania had grown distant from their roots and weren't practicing Jewish traditions and customs. And this is how Jewish children were growing up?! Mina decided it was up to women to change that – all they needed to do was to work together, and so she immediately embarked on a trip around Lithuania. She went around talking to other Jewish women, encouraging them to set up similar associations. The effort paid off: Over the course of just a few years organizations of the same name, Beis Yakov, appeared in Kaunas, Telšiai, Garliava, Kelmė, Kėdainiai, and Joniškis.

Mina Henkin managed to start a movement drawing Jews of her time and future generations back to their religious and cultural roots. By all accounts, she was an influencer of her time!