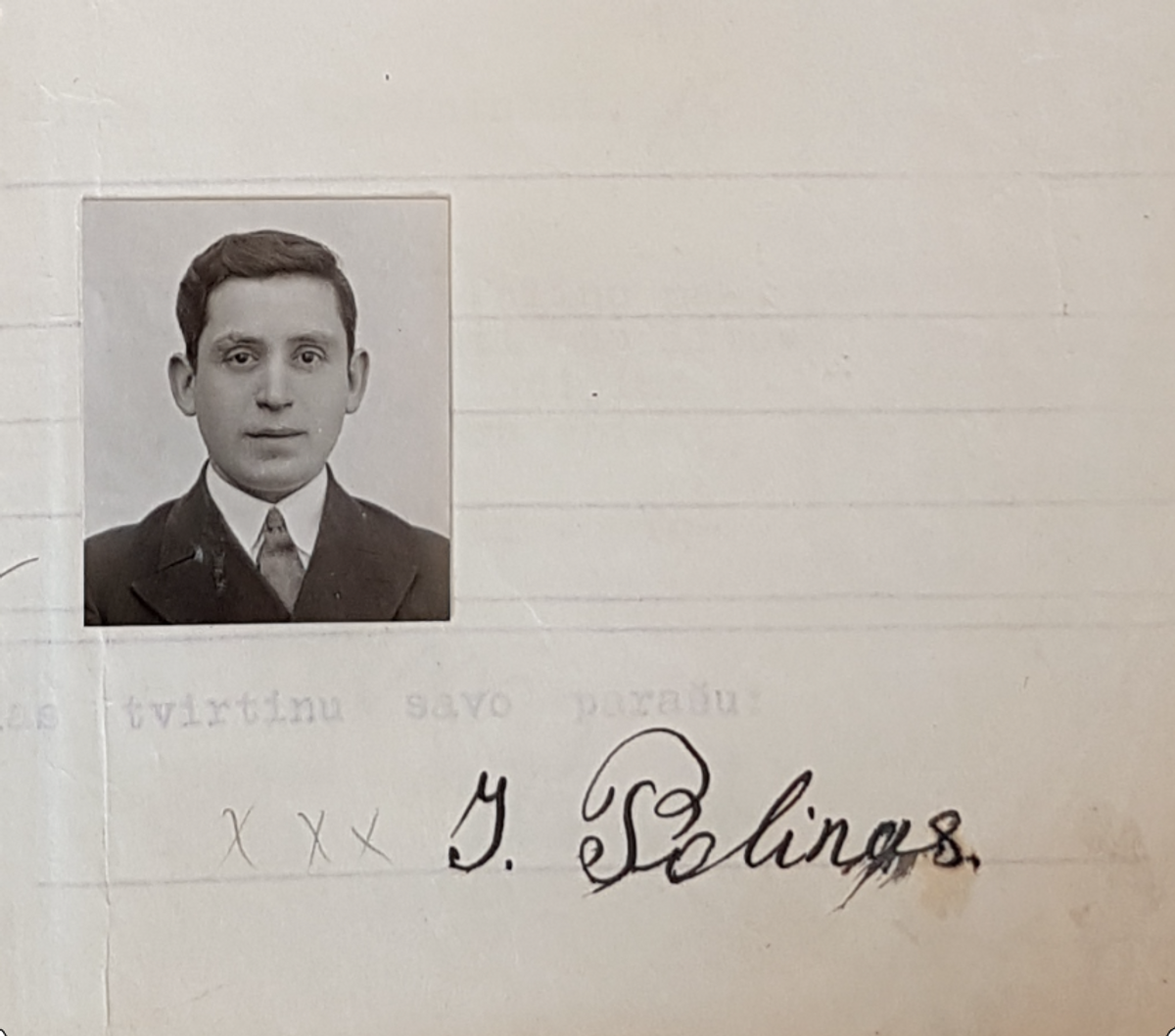 Judel Polin Against All his Hardships

This is Yudel Polin a resident of Šeduva. In the photographs of him which have survived, he appears with neatly combed hair, white dress shirts and ties, as if he held an important post, as if he were a representative of the town's financial or cultural elite.

But the photographs might be a bit deceptive. They don't reveal the numerous difficulties a large part of the shtetl population face. You don't see the holes in their shoes, the very worn clothing, the worry in their eyes or empty stomachs.

Yudel made and fixed shoes his entire life, and sometimes had no work at all. His monthly earnings came to about 30 litai which provided poorly for the five-person family. His wife from Šeduva had three children by him. They had additional expenses due to his unenviable status. He was born in Latvia and was not a Lithuanian citizen, and had to apply for permission to live in Lithuania on an annual basis. Except for clothing and household items, they never accumulated any property at all.

Nonetheless, the daily difficulties didn't break Polin. He maintained the look of a dignified man.