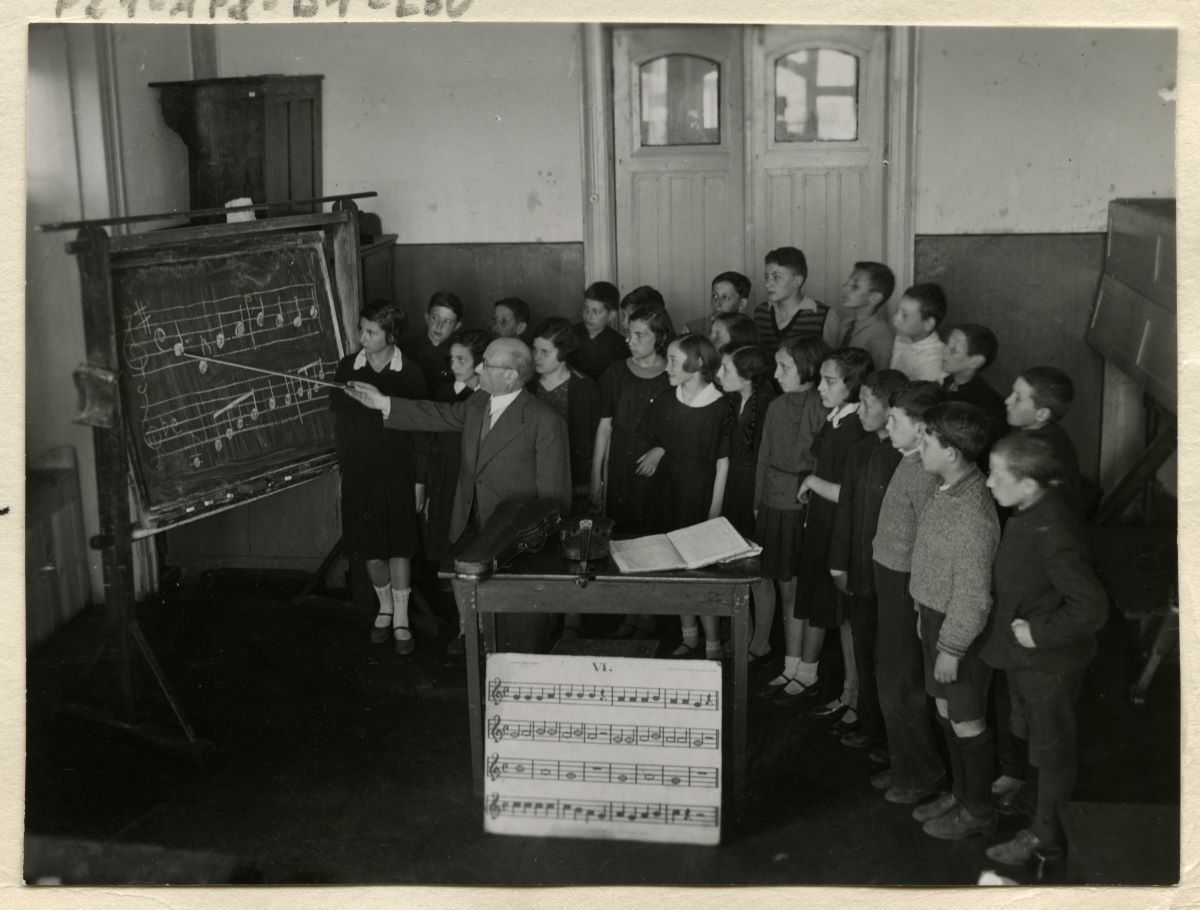 In order to play, one has to practice, practice, and practice some more. So wrote one young Jewish man in the period between the two world wars who had tried, rather unsuccessfully, to master the violin. Motivation and daily practice weren't enough. He also needed an experienced teacher by his side. Someone like Moze Kravetz, whom people called professor Kravetz out of respect.

The professor was born in Šeduva in 1881. He fell in love with music in childhood and never abandoned his first love. He studied at renowned conservatories in Vienna and Berlin. Following this, he began composing original works which his contemporaries said displayed "very promising talent," and published music textbooks.

Professor Kravetz trained interwar pianists and violinists as well as those playing other instruments. He didn't just teach those with an exceptional ear and exceptional musical sensitivity; for more than thirty years without pause the professor taught music at a variety of high schools, striving to provide a general understanding of music to children.