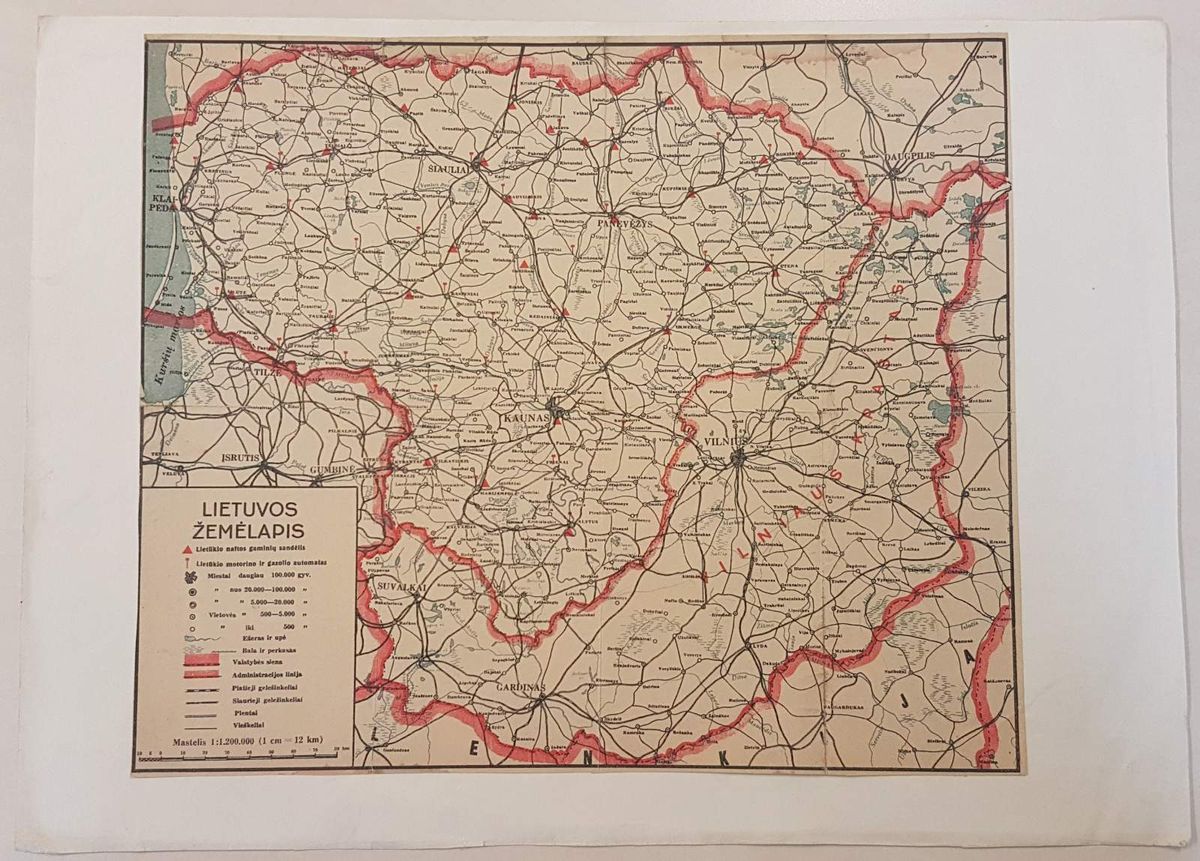 Nokhum Berman's mother was often worried in 1939. Her 27-year-old son, Šeduva's hard-working pharmacist, had bought himself a motorcycle. In one letter he boasted that he bought it with "a pretty good engine." The motorcycle was good for short or longer escapes out of what had become a boring town for Berman. And so, on his days off, he rode around the country, undoubtedly exceeding the speed limit at times.

Berman was able to purchase fuel in Šeduva. There was a filling station in the center of town, right next to the pharmacy he ran, where a few locals (but mostly passenger buses) fueled up. Taking a longer road trip around Lithuania back then required some real advance route planning. Filling stations began to pop up around 1928 but weren't a common feature in every shtetl, because most residents didn't own automobiles.

This photograph shows a map from 1936. The map might have been very useful to private drivers such as Berman. It shows the cities and towns where "Lietūkis" fuel stores and filling stations were located.

In the end, Berman, taking pity on his worried mother, sold his motorcycle to someone else very quickly. "Whenever I return, she always treats me like a little child," he complained.