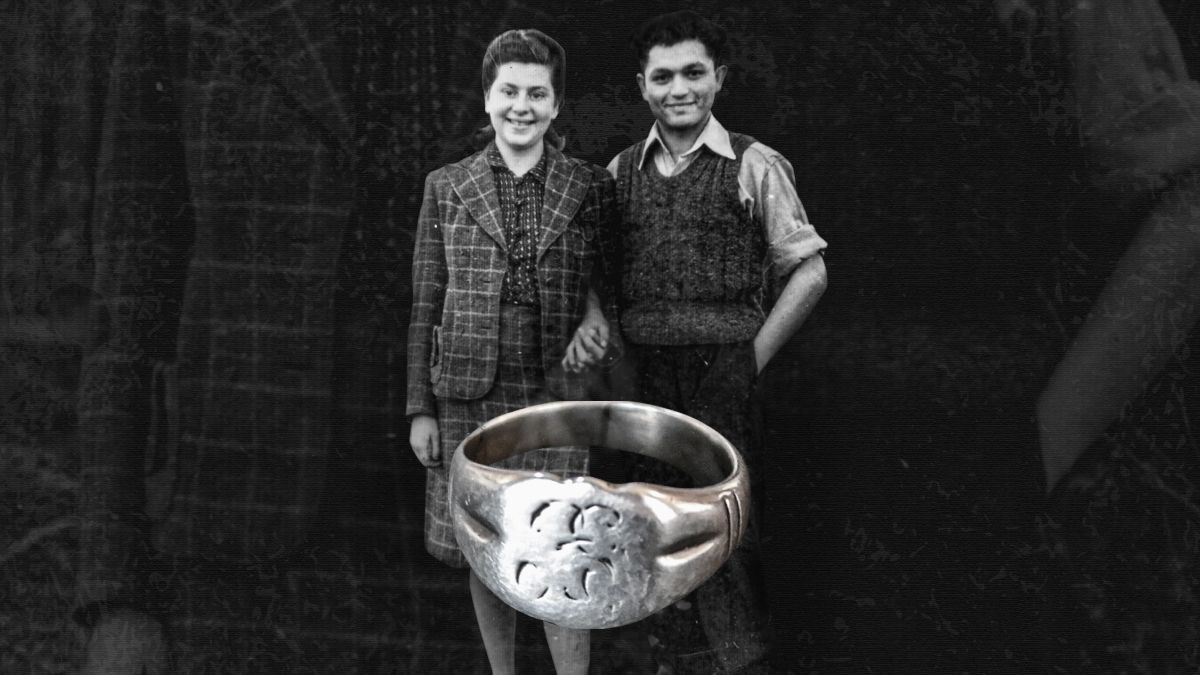 Wedding Rings Made in Secret

Borukh Grodnik and Pnina Sukienik met under completely unromantic circumstances, in a ghetto during World War II. This just shows that no special conditions are necessary for love to spring forth, it can be kindled even when death is everywhere.

Borukh spent his whole life in Šeduva, but the year before the war he decided to try his luck in the big city of Kaunas. The Nazi occupation found him there. As a Jew, he soon had to move to the Kaunas ghetto. He took on every job to survive, something he had learned growing up in a poor family. He began mending shoes.

One day, a girl wandered into his workshop and immediately noticed how difficult it was for the young cobbler to make a living. She went home and told her family she had met a young man, even poorer than they. She collected the shoes of the entire family and took them to the shop. She wanted to help the young man earn more money for food. Borukh, on the other hand, noticed how old and shabby the family’s shoes were and decided they must be living in dire poverty. He decided to help by giving them a considerable discount.

Soon Barukh and Pnina became friends – and their friendship grew into love. Despite the death, famine, and cold gripping the ghetto, the young couple got married. They wed according to tradition, with the blessing of a rabbi. So that their union would be based on more than just words, Borukh melted down a silver spoon hidden from the Nazis and made two wedding rings. "On one ring he engraved P. S. (Pnina Sukienik) and on the other B. G. (Borukh Grodnik)," the Grodniks’ children explained.

Borukh and Pnina survived the Holocaust. Their marriage lasted for many years, until their deaths.