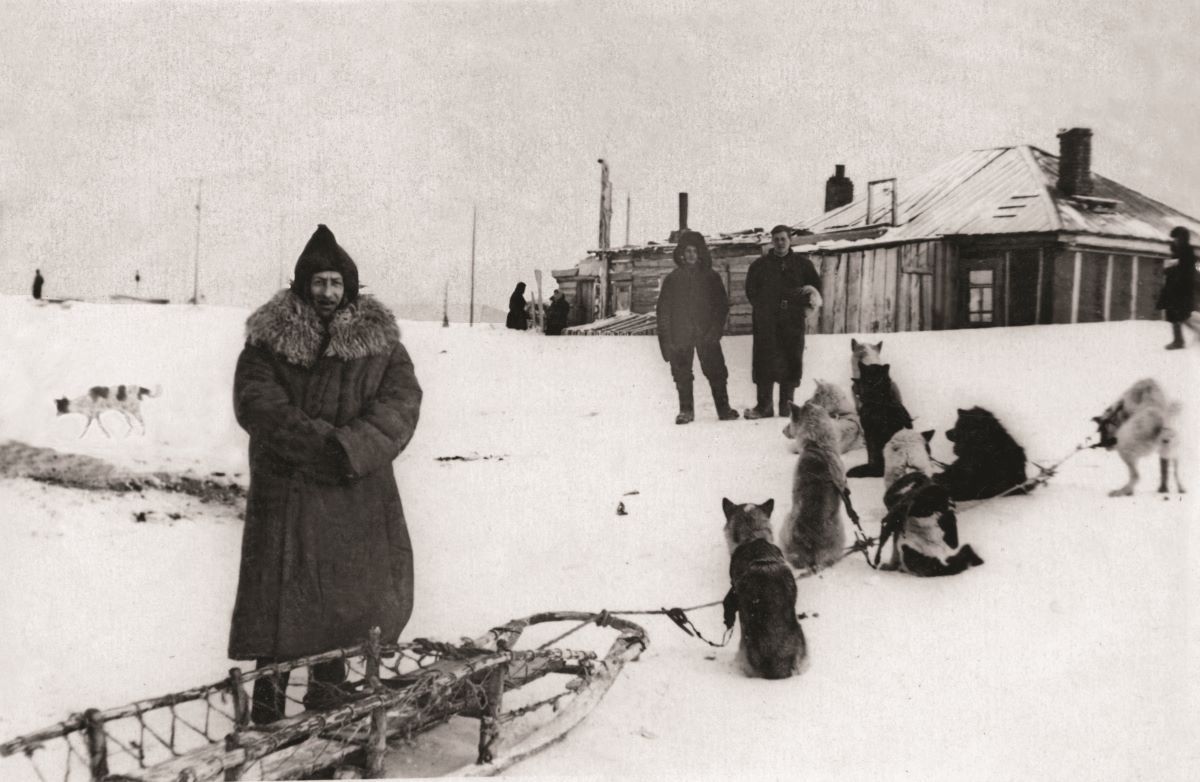 Mendel Klibansky, a Jew from Kėdainiai, was one of the 17,500 residents of Lithuania who were deported to Siberia by cattle car between June 14 and 18, 1941. He came to Soviet attention because of his national activities. His mother and younger brother were deported with him.

The family ended up in Bikov-Mis in Yakutia, Siberia. They learnt to survive the winters lasting more than 6 months; they learned to fish. Mendel ended up as an accountant at the local fish processing plant.

In the photo, it is ca. 1943-1949, and Mendel stands next to a 2-meter sled that was the only way to travel the frozen landscape. It is pulled by sled dogs, of the beautiful Siberian laika breed, able to survive -40’C because of their thick fur. These intrepid dogs were the daily companions of the deportees. In the most extreme weather conditions they could run at 15 km/h!

Mendel returned to Lithuania only after 15 years.