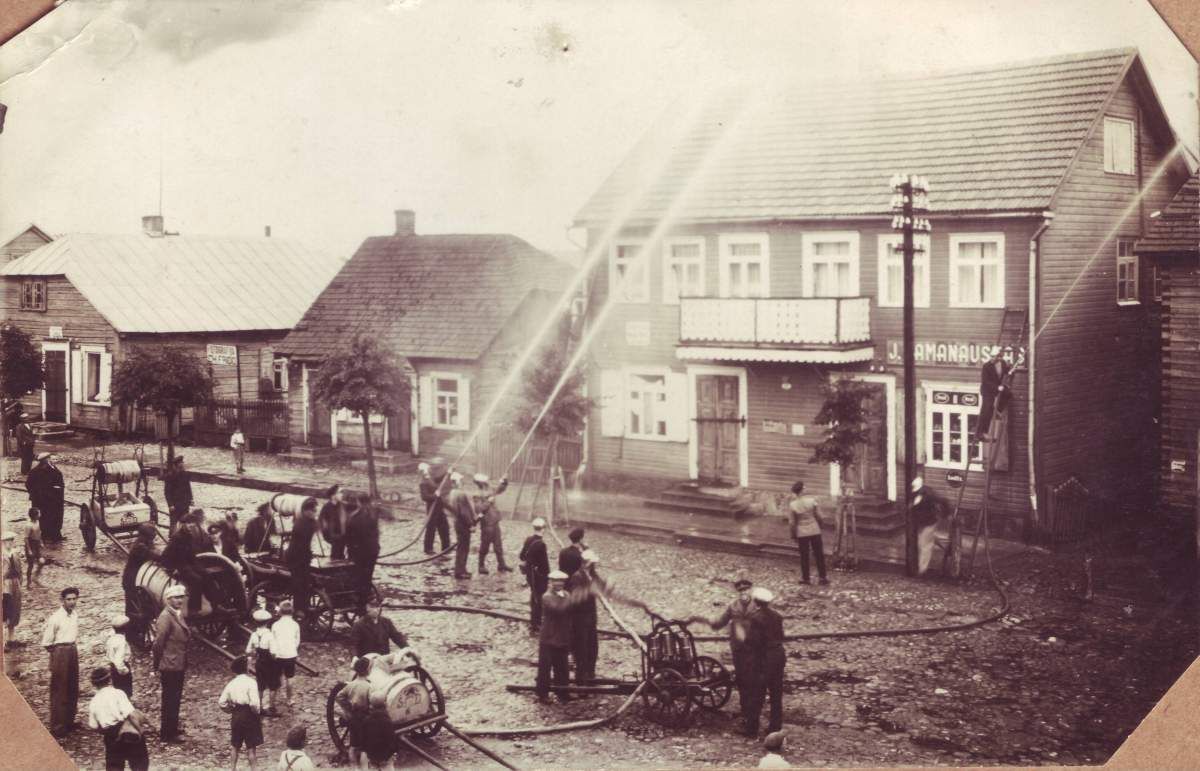 When the fire alarm went off, Šeduva's volunteer firefighters (a mixed team of Lithuanians and Jews) didn't get overly excited, thinking: If I don't get there, someone else will go to the scene and put the fire out. How else can we explain their slow reaction?

Contemporaries recall that when training sessions were held, only a few firefighters would show up, and the ones who did were usually a half hour late. "If it had been a real fire, it probably wouldn't have been put out," an observer of the training noted in 1933. The professional newspaper "Ugniagesis" (Firefighter) often criticized the Šeduva department, saying the team was ill-prepared, their hand-powered water pumps were clogged and dirty, and their engine house was substandard.

But do angry words change anything? Not always. Several years after this criticism the firefighters were still not taking alarms seriously. When an alarm was sounded, a handful of volunteers would show up – rather slowly, as usual. It seems the firefighters were better trained in gymnastics and athletics than in responding quickly to a fire alarm.

It took several more years and the tragic death of Šeduva resident Veronika Kazinauskaitė in a fire in 1937 for the Šeduva volunteer fire department to learn how to arrive quickly on the scene and in sufficient numbers.