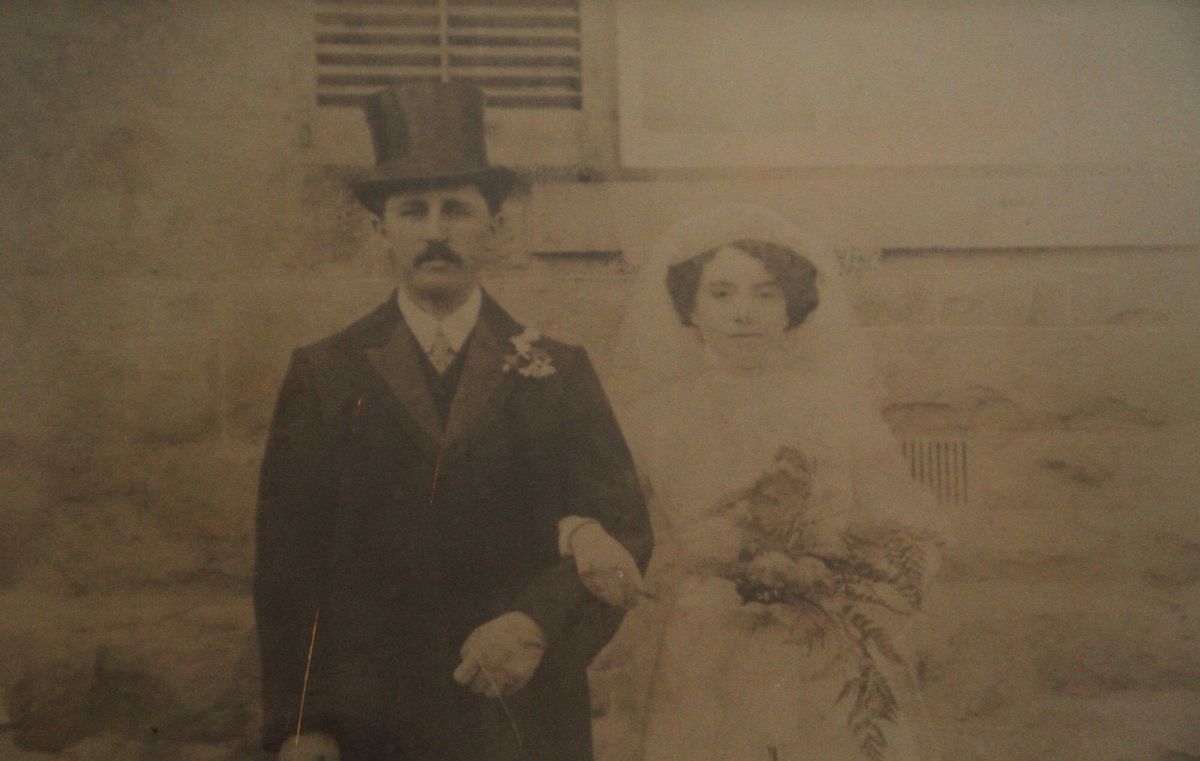 Hershl Kriger and Jane Hack on Their Wedding Day in South Africa. Courtesy of Goldi Goldsmith.

HOW TO BECOME DEAD TO ONE'S PARENTS

Elke Hack had to leave for South Africa. The Šeduvian winters were making her sick, and her doctor prescribed her a warmer climate. That was how the richer people used to solve their health issues in those days! A handful of Šeduvians already lived there in South Africa, so such a destination choice was neither exotic nor silly.

Hershl Kriger was in love with Elke. So much so that he decided to move to South Africa with her. He would become an emigrant for love. But he faced one obstacle: his parents. They did not want their son to leave them for good and threatened to disown him if he did.

The young man made up his mind—and relocated to South Africa with his beloved. Years later, they got married. Below is a photo of the happy couple. After the fight, communication between Hershl and his parents ceased. From 1912 onwards, a curtain of silence fell between them. That is what we were told by the children of Elke and Hershl, who are still residing in South Africa.