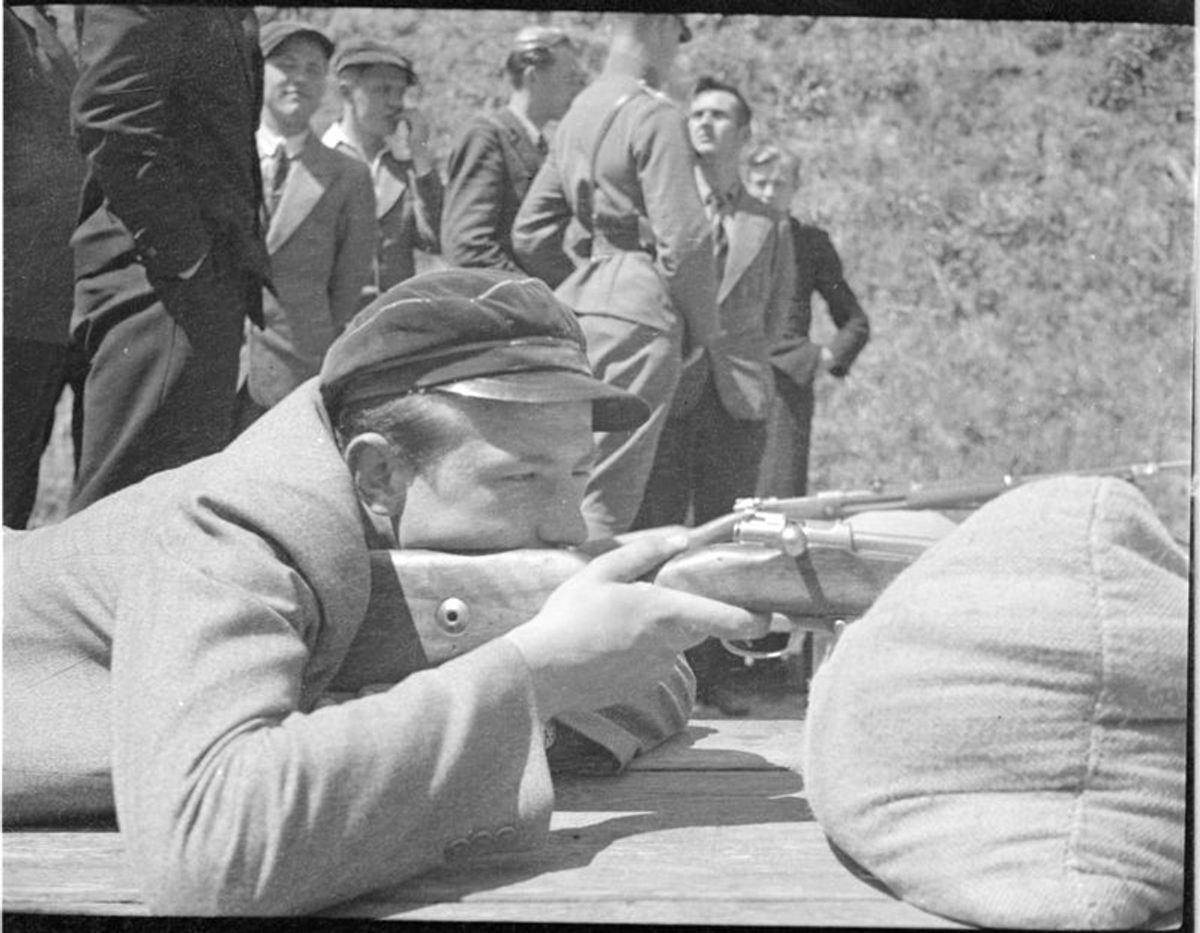 An unidentified man learns to use a rifle in military training. Lithuania, 1930s. Courtesy of Šiaulių "Aušros" muziejus.

"Everyone Needs to Know the Craft of War"

“You were called to fulfill your duty to the country that raised you, the duty that every person owes his fatherland. Nowadays, this is very necessary, both for the individual as well as for the whole. One needs to know the craft surrounding a gun, to orient oneself and fight, for we will surely not live an entire lifetime without a war.”

Butrimonys resident Dovid Rudnik wrote this in 1939 when he was conscripted into military service. Dreaming of becoming a writer, the young man had a difficult time in the military: discipline and shooting during drills took getting used to. He never had any doubts, however, about the need to serve one’s country. Although he could have...

It was in the Lithuanian military that Dovid first met with open hostility—because he was a Jew. In his diary, he noted that every mistake committed by Jewish conscripts elicited belittling comments from Lithuanians: "Jew, go to Palestine!" It was very difficult to be a good soldier in such an environment, he admitted himself.

The Difficult Lot of A Woman
More Stories