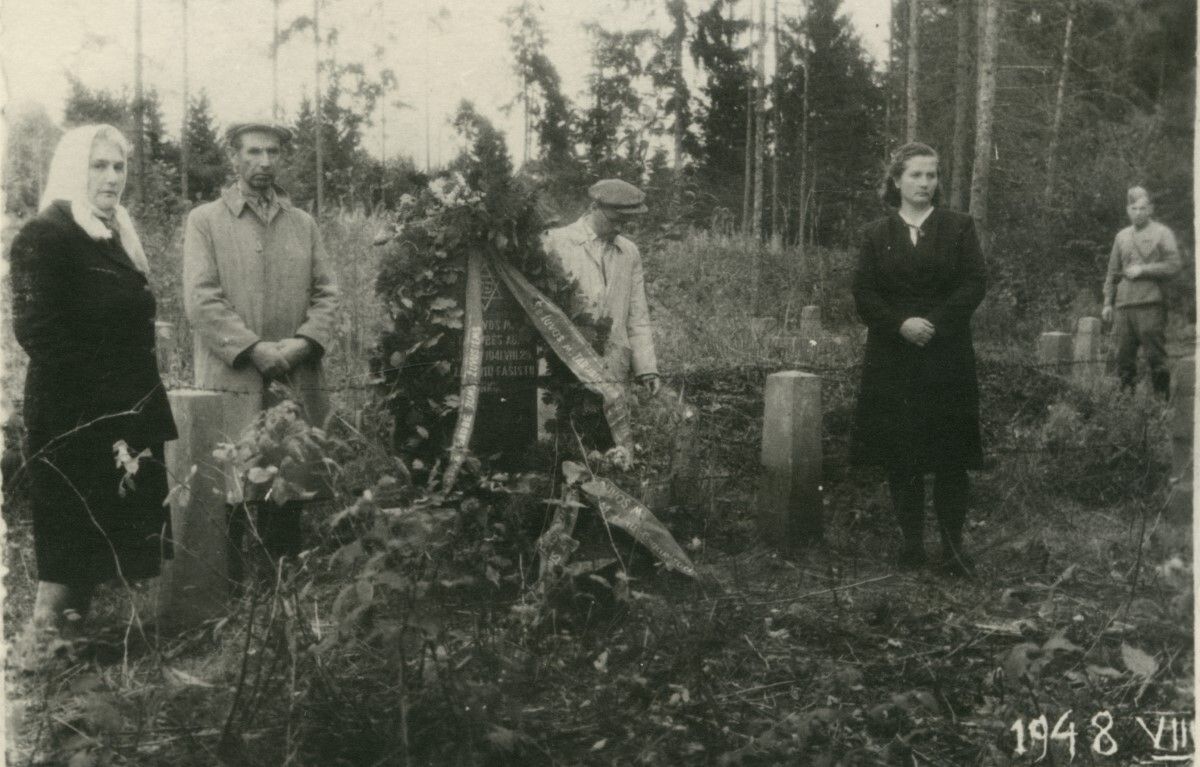 Remembering One Family and Community

The Bliacher family, originally from Šeduva, lost their young daughter Chana, their parents, and many relatives during the war. When they returned to Lithuania after the war, they found them buried in ditches in the Liaudiškiai Forest. They set up grave markers in their memory at the mass murder sites and mourned them according to Jewish tradition.

World War II was followed by the establishment of Soviet Lithuania. The monuments erected by the Bliachers began to bother the Soviets: They emphasized the painful tragedy of the Jewish people far too much. There simply wasn't a place for this in the Soviet narrative. Eventually, the Soviets removed the monuments, since they failed to conform with Soviet ideology. The original gravestones, with their inscriptions in Hebrew and a cast Star of David in the center, were replaced with unseemly blocks of cement.

When the Šeduva Jewish Memorial Fund undertook the care and repair of the mass murder sites in Šeduva, we found one of the removed monuments nearby. The Bliacher family had set them up right after the war in memory of their loved ones and the lost Jewish community of Šeduva.

Now, this monument is an exhibit in the Lost Shtetl Museum. We will have an opportunity to see it once the museum opens for visitors. It has returned to the light of day to remember those who perished and to honor their memory.