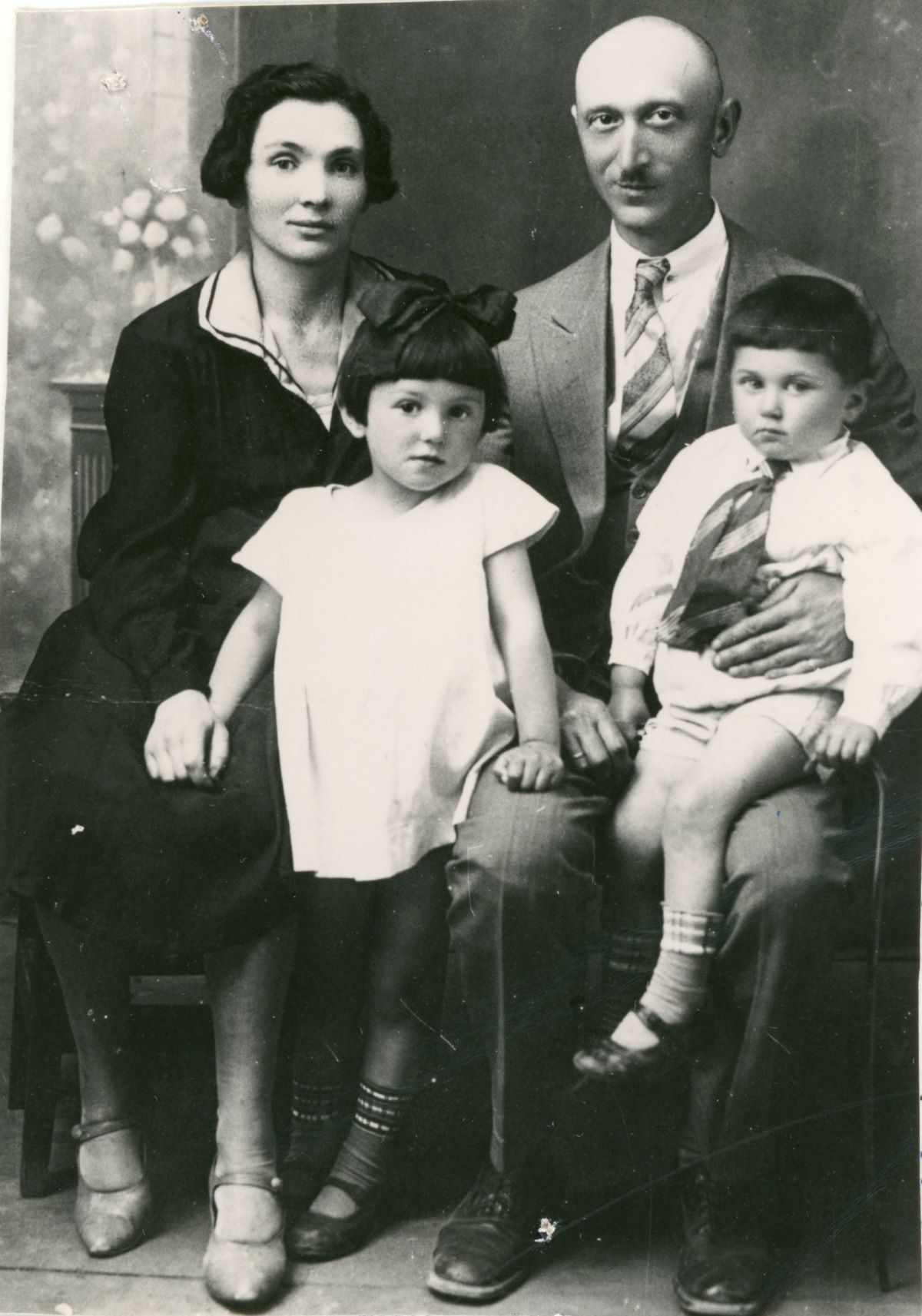 Sule Fleish with her family. Sule stands next to her brother Moshe. Courtesy of Yad Vashem.

The Lithuanian girl Elena and the Jewish girl Sule became friends at the primary school in Šeduva. The girls were in the same grade and actually sat on the same bench. Both were of a similar size and both were good students. Sule wasn't as perfect when it came to the Lithuanian language, Elena recalls. She said Sule knew Lithuanian well but spoke with a Jewish accent.

Elena's parents weren't very happy with their friendship. They pestered their daughter with all sorts of questions: Don't you have enough Lithuanian girlfriends? Do you want to change your nationality? But the two girls enjoyed each other's company.

The obvious differences between Catholics and Jews didn't frighten them, on the contrary, they kindled curiosity. Elena was interested in Sule's family traditions and used to attend synagogue in Šeduva with them. "I went to see how they prayed and to compare it," Elena recalled in 2014. What she most remembered was the noise at synagogue. And that the men prayed separately but out loud, while the women nearby gossiped, and not in whispers. "I used to say I thought the prayer services in church were much more interesting because everyone prayed individually and didn't bother others, but [at synagogue] there was this great amount of noise. And she used to say that this loud noise reached up to God more easily. We thought up all sorts of arguments like that."

Their friendship lasted until the summer of 1941 when the Germans came. Sule was only seventeen.