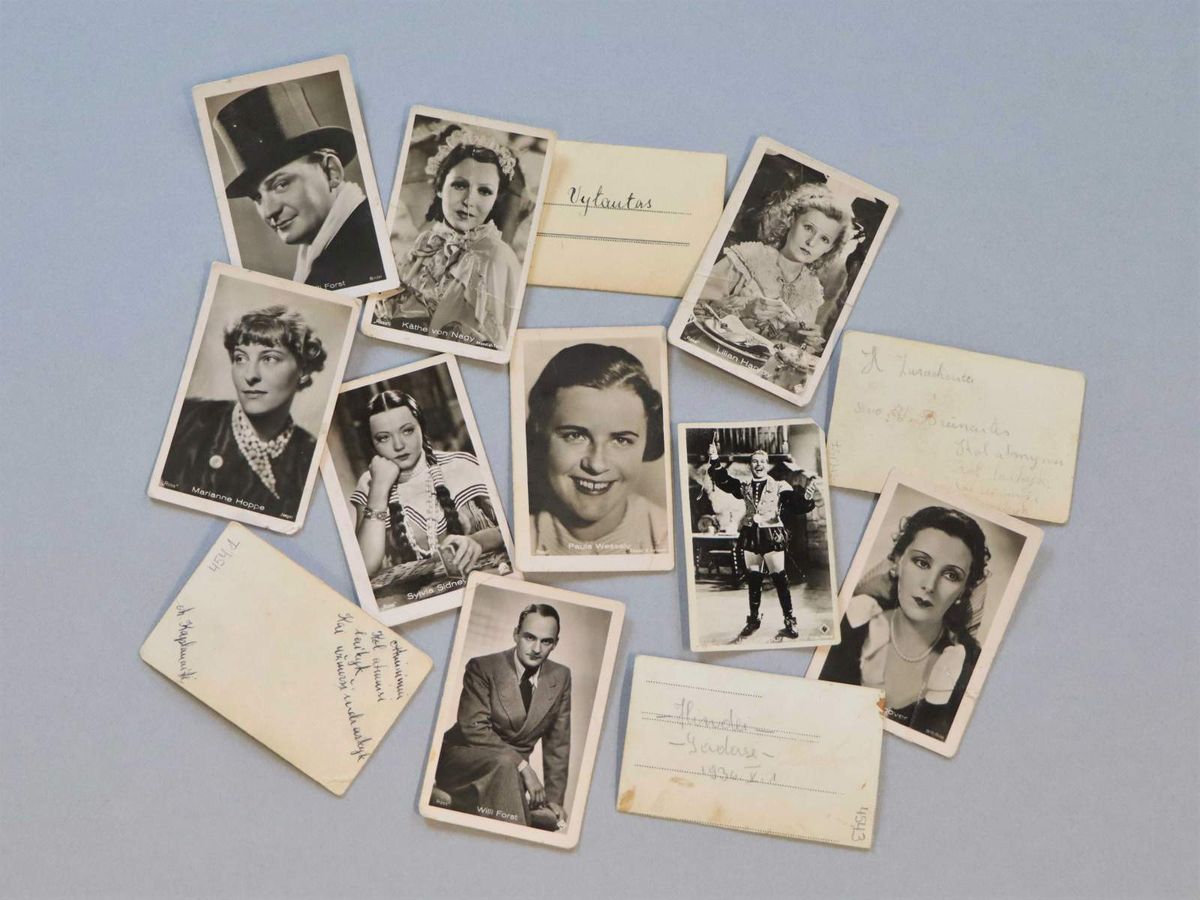 The cinema in interwar Lithuania offended people in all sorts of ways: tickets cost too much, there was too small a selection of Lithuanian films, foreign films spread propaganda. Some doubted even the need for films. "What does film give us overall?" one critic asked in 1932. "Most of them just show the latest sort of crap, spread criminality and perversion, ruin the public's taste and demoralize the youth."

Young people weren't affected by this kind of moralistic thinking because they were already movie fans. Young people gathered in the evenings at the movie theaters in the cities. They tried to get in without tickets. They complained loudly in the middle of the film about the poor quality of the video and audio.

High school student Hinda Zarkey dived into the enchanted world of film in Šeduva. She began collecting portraits of stars from Hollywood, Germany and elsewhere, palm-sized cards. They featured the beautiful, talented and charismatic film actors and actresses. Hinda knew all about the stars and was charmed by the characters they played. She took her collection with her when she moved to the United States in 1937.