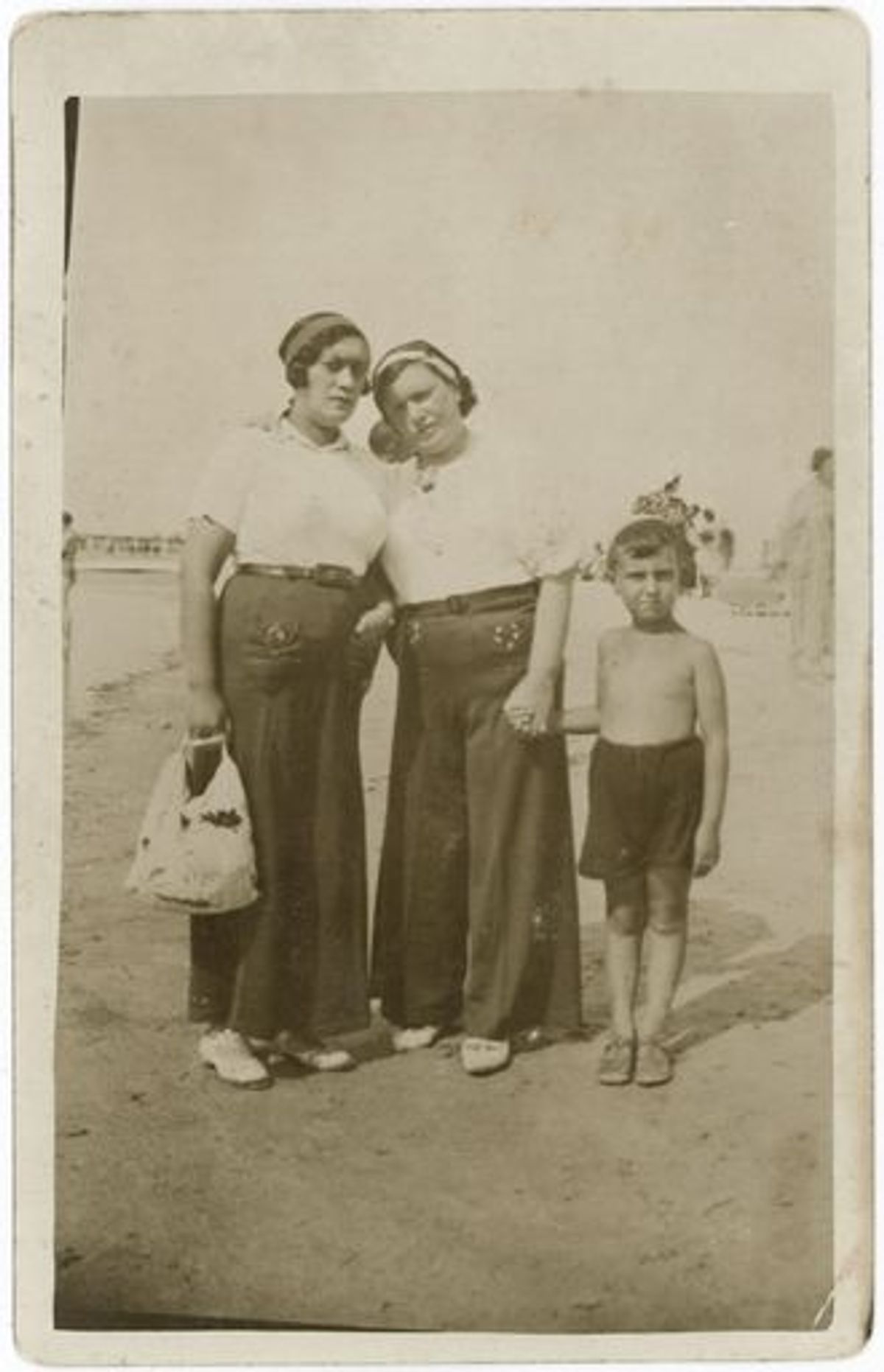 Sulamit Nol with her son Shimon and cousin Dora Kolicman in Palanga, 1936-1937. Courtesy of Pinchus Nol.

The provocative behavior of women vacationing in Palanga often enraged the guardians of morality. Just take a look at this photograph. Do you see what's wrong? It seems to be an idyllic family moment, with Šeduva resident Sulamit Nol posing with her son Shimon and cousin Dora. Both women are dressed elegantly.

Sulamit's family traded in luxurious textiles and so she, it seems, had an interest in fashion and had refined tastes. But this time they went a bit too far. That's what the morality police of Palanga said.

Although nowadays no one would even notice bell-bottom trousers, wearing these sorts of pants, called "pajamas" in the period between the two world wars, turned people’s heads. Why, for God's sake, would someone want to deny their "gender differences in their external appearance?" In other words, why have women decided to wear pants like men? This fashion was considered completely immoral and even unethical. Period.

Women wearing pants was a new beach fashion that, we must admit, the Jewish women of Šeduva helped popularize.