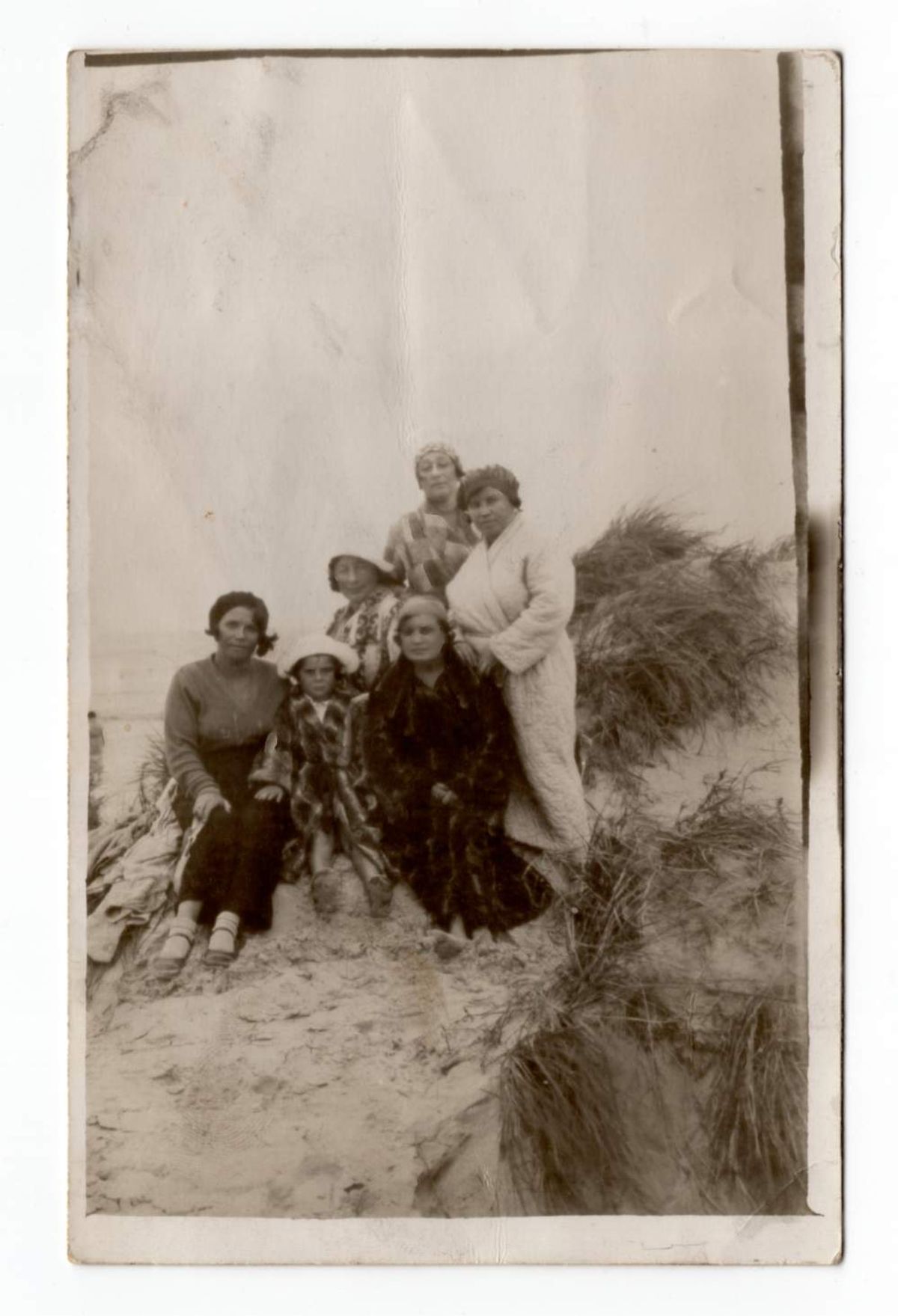 Pharmacist Goda Bardon is on holiday in Palanga, Lithuania. Courtesy of Yvette Sonkin.

Šeduva pharmacist Goda Bardon enjoyed life and especially liked to spend her summers in Palanga, Lithuania. One year, though, her luck with the weather failed her completely.

Here she is sitting with her daughter Yvette and her female friends in the dunes. All of them are dressed in warm robes that look like fur coats from a distance. They probably just waded out of the water... Although chilly, how could one miss the chance to swim in Palanga?

Very few passed up that chance. This most popular resort attracted affluent vacationers to its night life: concerts, parties at restaurants with imported drinks, and the Sun Queen beauty contest for the best tans. And there was swimming. Most people were up and about by seven o’clock in the morning, running to the sea to swim.

On other days, Goda and her girlfriends might have been reproached for their inappropriate summer clothing: It covered too much of their bodies. The healthy set in the interwar period advised modest women to enjoy the rays of the sun. Those rays, they said, stimulate the circulation of the blood and fight parasites living on the surface of the skin. The less clothing, the better.

It was better, it seems, for everyone. The joke about the beach season of 1936 was: "They strut around the beach and look hungrily in the direction of women--like Petrėnas."