A Town in Awe 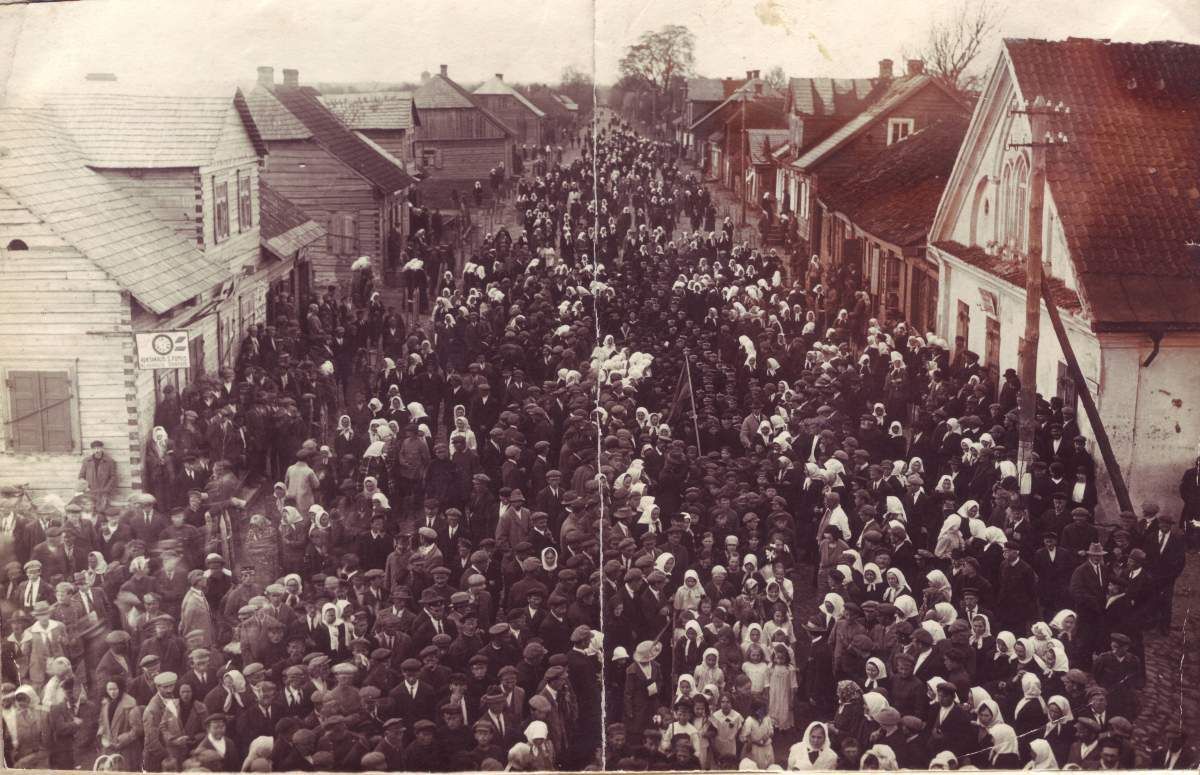 In 1927, Šeduva welcomed its first radio receivers and a flood of celebrities.

That year, Lithuanian President Antanas Smetona visited the town. Throngs of admirers – students, firefighters, members of the Pavasaris (spring) Catholic youth federation, and Jewish scouts – gathered near the town gates. There were crowds everywhere. You couldn't get through the streets without pushing and shoving – everyone wanted to catch a glimpse of the president. Nobody wanted to miss the arrival of his entourage and his motorcade of four cars! Not to mention seeing his genteel manner. The bouquet of flowers presented to the president by a young girl and the kiss she received on her cheek would get mentioned by a local newspaper.

Smetona liked Šeduva so much he decided to spend the night. It was obvious from his warm reception that the visit was a truly special occasion. When his visit ended, the people of Šeduva carried the president to his car on their outstretched arms.

This wasn’t quite how the people welcomed Archbishop Jurgis Matulaitis when he visited the town a bit earlier. Several hundred assembled townspeople welcomed the archbishop with bouquets of flowers (actually, more like a mountain of bouquets). Jews also joined in the celebration, where the archbishop called upon "everyone to live in harmony and unity." Representatives of Catholic organizations expressed their hope that the archbishop “would be [their] everlasting Star of rejuvenation, showing us the true path to our spiritual life; that you be our small country’s Morning Star, whose light in the East would open the Gate of Dawn; that you receive the title of honored prince of the peaceful realm of Our Heavenly King and return to us as the true Sun of the Gate of Dawn of our aspirations.”

It may have been a small town, but Šeduva always extended a great welcome to its guests.