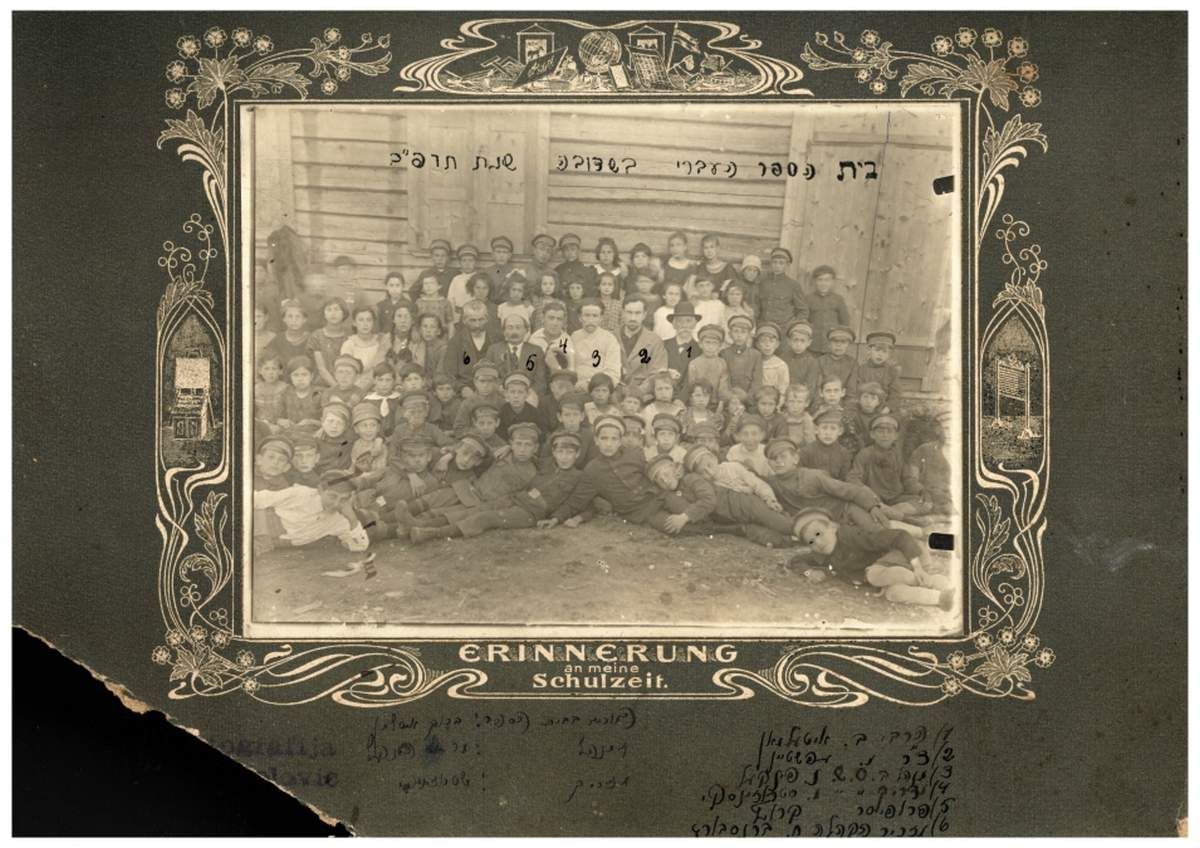 Students and Teachers of Šeduva Jewish Primary School. 1922. The school principal Nochum Finkel is marked by nr. 3. Courtesy of The Lost Shtetl Museum.

Let's drop in on the Jewish school with the school inspector. It is 1922 in Šeduva. Students of all ages study in four rather bright classrooms. Boys and girls learn together – the same children you see in this photograph. If we take a closer look around, we see something unusual: broken bricks, planks, and loaves of bread litter the floor. The inspector isn't pleased. The classrooms aren't being kept clean! School Principal Finkel Nochum takes the blame.

But how are the students doing? This is, after all, the first generation of Šeduva Jews to study the Lithuanian language. They speak with difficulty, the inspector notes. Lithuanian is quite difficult; we begin to wonder if perhaps they don't have interesting or practical Lithuanian language textbooks, or perhaps the students are just naturally lazy or tired of studying. But the inspector tries to dispel our thoughts: Just look at that teacher Ilion. He hardly knows any Lithuanian at all.

The next year it's the same.

"It has been reported to Finkel and Ilion that, despite repeated warnings, they will both be fined a month's salary because of failure to adhere to cleanliness and due to the general disorder at the school, for their unserious approach to teaching the Lithuanian language, and for a general lack of discipline." Ouch.

The first school year in an independent Lithuania was not easy.