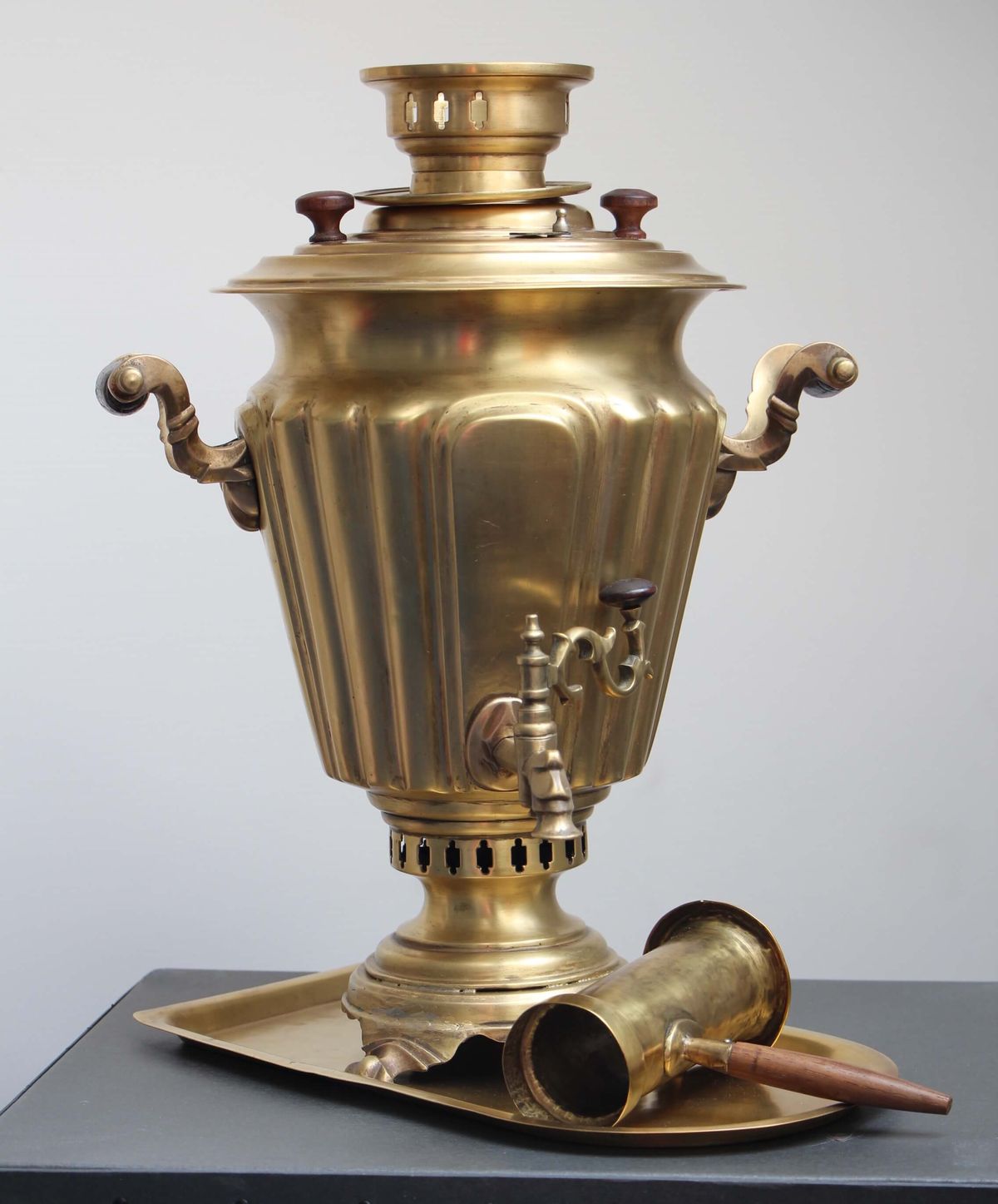 Samovar of Sara Mel-Fletcher. Courtesy of The Lost Shtetl Museum.

FROM ŠEDUVA – AROUND THE WORLD AND BACK

Sara Mel grew up in a large and loving Jewish family and had many friends. She apparently never suffered from much hardship in her youth. She was the youngest daughter of a wealthy Šeduva merchant. She liked wearing nice jewelry and dressing fashionably. She could afford to.

In late 1928, Sara emigrated to unfamiliar South Africa to marry a groom who also hailed from Šeduva – her best friend's brother. Since she was arriving as a bride, she had to carry her dowry with her, including all sorts of kitchen utensils: pots, bowls, pans, vessels for ritual hand-washing, and ritual cups. She also took a large samovar with her, since going without tea was inconceivable. Her dowry also included other important items needed to start a family as well as personal accessories. The journey by ship was to take two weeks and she planned to welcome in the New Year at the Equator, so she also found room to pack a pair of high heels, a sequined dress, feathers, and a string of pearls.

Sara's daughters and their families still cherish that dowry today. As for the indispensable samovar, it traveled around the world only to return whence it came, back to Šeduva, to the Lost Shtetl Museum.