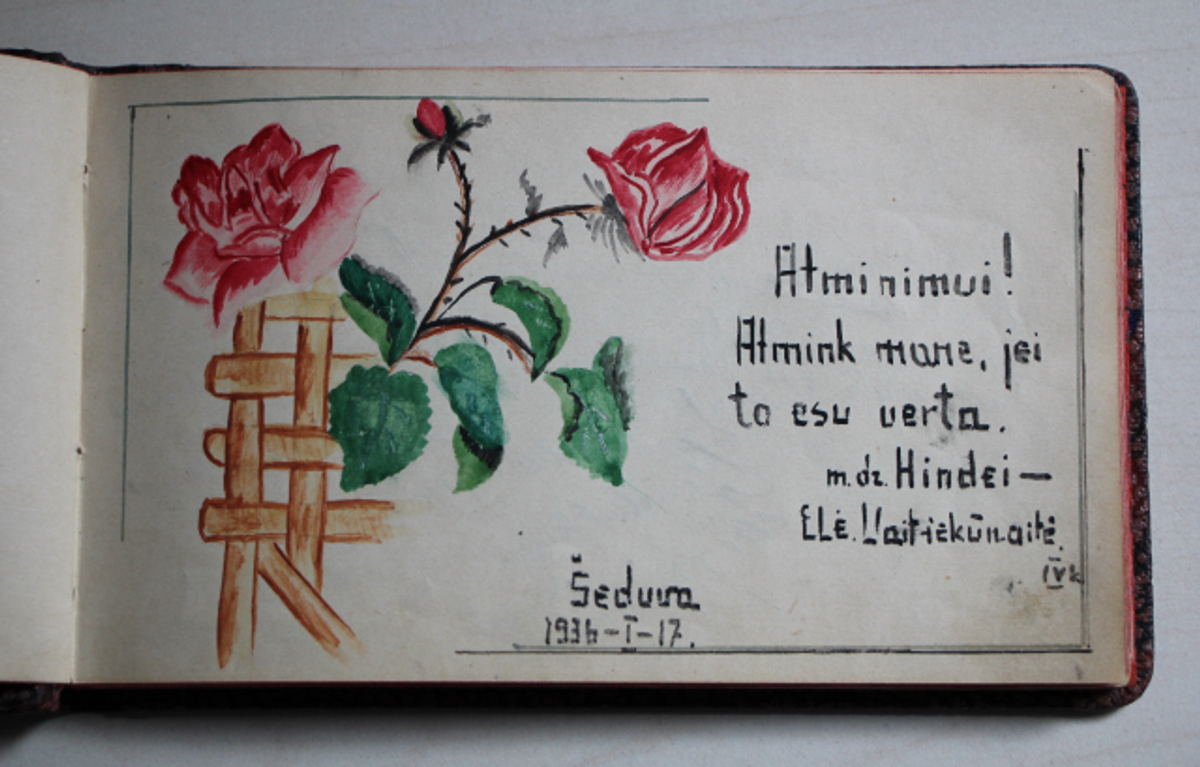 A page from school memory book owned by Hinda Zarkey. Courtesy of The Lost Shtetl Museum.

Do you remember classmates asking you to sign their yearbooks where someone inevitably had already written "See you later, alligator," and you had to think of something original?

These sorts of keepsakes and scrapbooks were also popular one hundred years ago.

Our collection includes several of Hinda Zarkaitė's scrapbooks. Some of the entries were popular greetings from the time, others were heartfelt notes, still others compensated for their lack of originality with pretty penmanship and eye-catching drawings.

Hinda Zarkaitė was the niece of the owner of the Šeduva pharmacy and had many friends who left her messages – she was apparently very popular among her peers. Hinda attended the Lithuanian school and therefore had many ethnic Lithuanian friends as well.

One of those friends, Šeduva native Elė Vaitiekūnaitė, wrote: "Remember me, if I am worthy of it." We might smile at the adolescent drama of the sentence. Hinda didn't. After leaving her beloved Šeduva against her will in 1937 to resettle in America, she held this and the other inscriptions dear and kept them safe.