Sculpture “In Memory of Šeduva Jews.” Photo by Arūnas Baltėnas.

Sculpture in Memory of the Jews of Šeduva

We unveiled Romualdas Kvintas' sculpture In Memory of the Jews of Šeduva in 2015 to honor the children, adults, seniors, and the entire lost Jewish community of Šeduva. The sculpture portrays a girl standing in front of a tall, wide slab of concrete painted black with an inscription in Lithuanian, English, Hebrew, and Yiddish: "For Šeduva Jews."

The sculpture stands in a symbolic location, next to the old market square that thrived in the interwar period. The majority of Šeduva’s Jews lived right here, in the houses and small streets around the square. 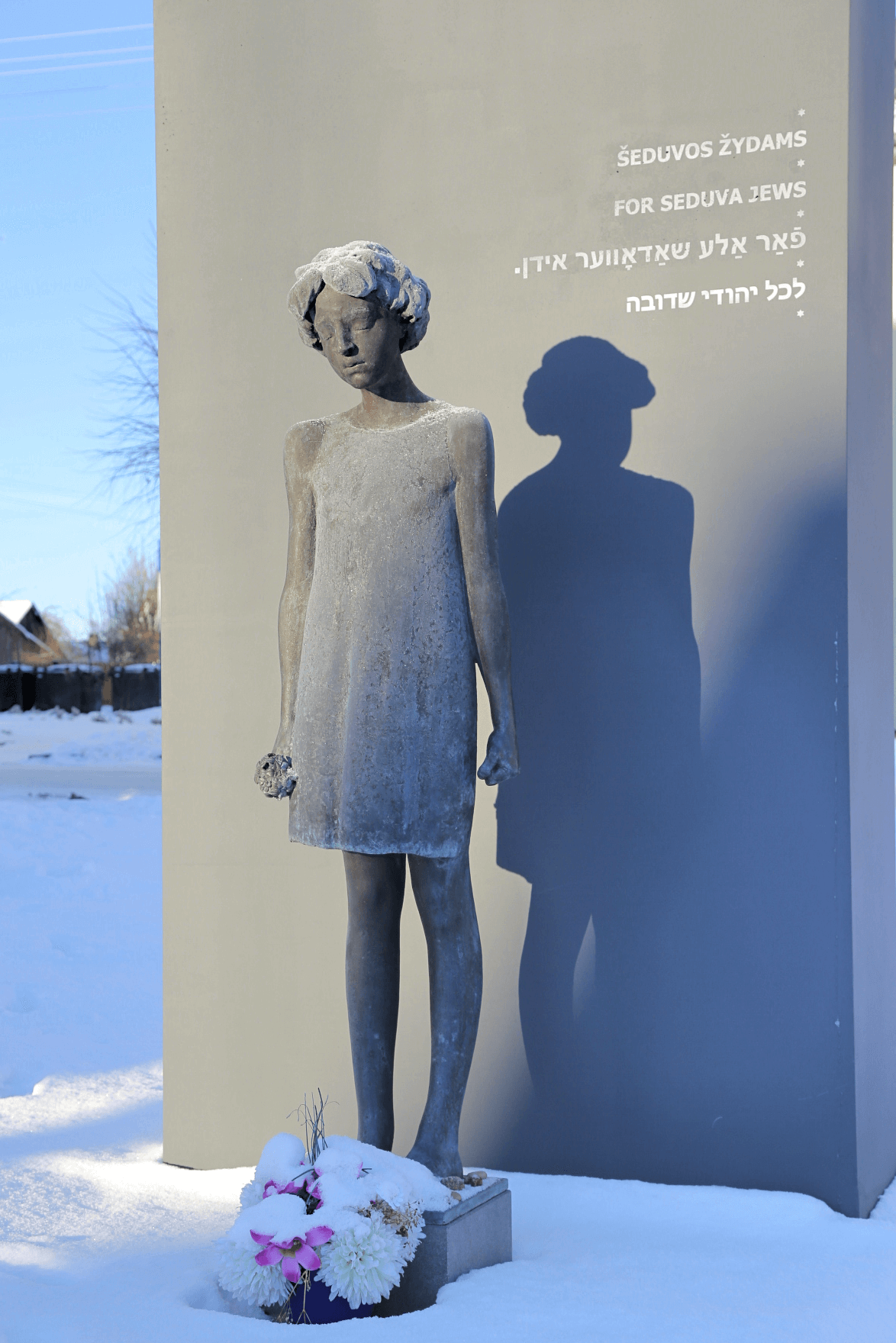 Today, the statue serves as a starting point for our discussion of the Šeduva shtetl, where we gather for tours and meet visitors and guests. Local residents assemble here to mark Holocaust memorial dates commemorated in Lithuania and Šeduva and to place wreaths, flowers, and stones at the base of the statue.

Descendants of Jews from Šeduva attended the sculpture’s unveiling ceremony, traveling from the United States, Israel, and South Africa. Local residents and honored guests also attended. Marlene Saul Englander, the daughter of Hinda Zarkey who lives in the United States, said: "The fact that today's community is paying respect to those who once called Šeduva their home is like fulfilling a mitzvah [a religious duty]."

You won't be surprised to learn that local residents call this sculpture The Girl. When you look at her, you almost want to ask: Why is she so sad? What happened? The Girl encourages us to talk about the lost Jews and their fate.

The 80th anniversary of the Holocaust
Read more

Our Duty to Remember
Read more